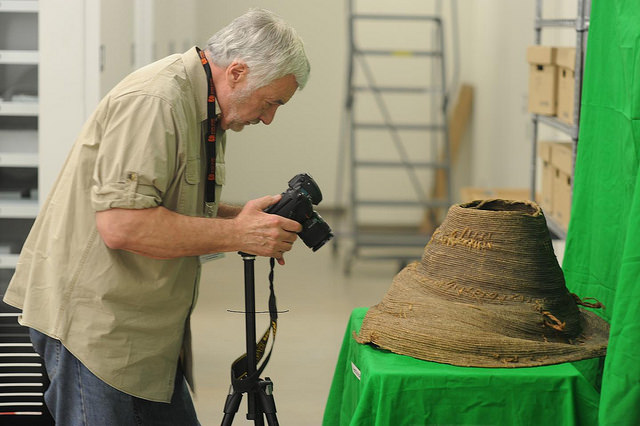 FLORIDA ATLANTIC UNIVERSITY—You can tell a lot from a basket. Especially if it comes from the ruins of an ancient civilization inhabited by humans nearly 15,000 years ago during the Late Pleistocene and Early Holocene ages.

An archeologist from Florida Atlantic University’s Harbor Branch Oceanographic Institute is among a team of scientists who made a groundbreaking discovery in Huaca Prieta in coastal Peru – home to one of the earliest and largest pyramids in South America. Hundreds of thousands of artifacts, including intricate and elaborate hand-woven baskets excavated between 2007 and 2013 in Huaca Prieta, reveal that early humans in that region were a lot more advanced than originally thought and had very complex social networks.