In the pursuit of knowledge regarding potential paleocontact contacts in our distant past, researching certain texts can be helpful in understanding predicate timelines to the so-called facts presented by contemporary academic mainstream. Many of these texts are categorized in a group known as Apocrypha. Over the centuries, the calls to avoid and even destroy such literature were obviously not always effective. Today, more than 300 Christian apocryphal texts are known to exist. But a significant amount of these texts has never been translated into English. Recently, some new translations were released in the book titled “New Testament Apocrypha More Noncanonical Scriptures (Volume 2)”. 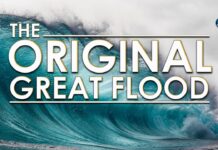