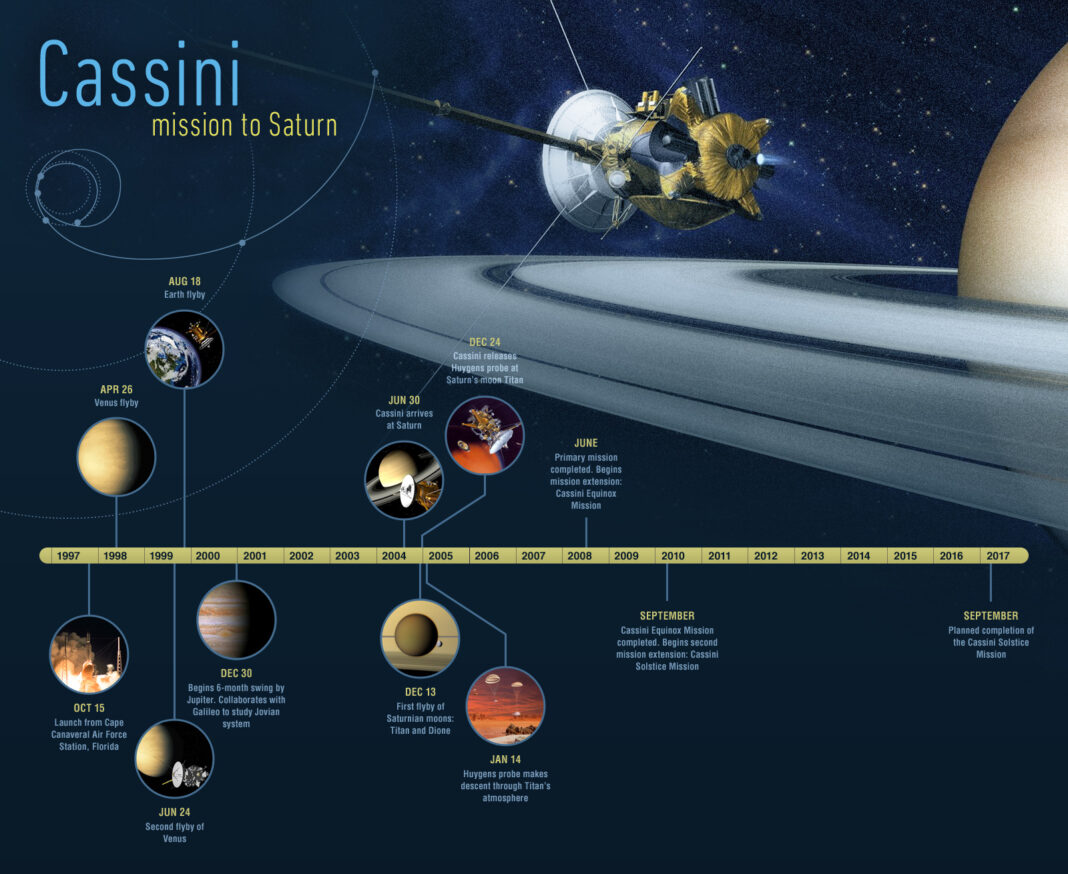 Nasa is about to fly its Cassini spacecraft into Saturn, destroying it in an attempt to protect it from alien invasion.

The fiery death will bring an end to the 13-year mission in mid-September. But it will be sending back data right until the very last, providing scientists with the best look they’ve ever had at the until now mysterious planet.

On its final day, the spacecraft will make the last of 22 farewell dives that will take it between the planet’s spectacular rings and its surface. Then it will head towards its atmosphere, plunging down into and burning up as it does so.

The mission will end having shown more about our solar system than scientists had expected. It has found that there are seasons on Saturn, that the moon Titan looks like the early Earth, and even that another moon Enceladus could support life in our own solar system.

“The mission has been insanely, wildly, beautifully successful, and it’s coming to an end in about two weeks,” Curt Niebur, Cassini program scientist, said on a telephone conference call with reporters from NASA’s Jet Propulsion Laboratory in California.

Cassini’s final photo as it heads into Saturn’s atmosphere will likely be of propellers, or gaps in the rings caused by moonlets, said project scientist Linda Spilker.

The spacecraft will provide near real-time data on the atmosphere until it loses contact with Earth at 11.54 UK time on 15 September, the National Aeronautics and Space Administration said.

Cassini finds building blocks of life in our own solar system

Spilker said Cassini’s latest data on the rings had shown they had a lighter mass than forecast. That suggests they are younger than expected, at about 120 million years, and thus were created after the birth of the solar system, she said.

During its final orbits between the atmosphere and the rings, Cassini also studied Saturn’s atmosphere and took measurements to determine the size of the planet’s rocky core.

Cassini has been probing Saturn, the sixth planet from the sun, and its entourage of 62 known moons since July 2004. It has provided enough data for almost 4,000 scientific papers.

Since the craft is running low on fuel, NASA is crashing it into Saturn to avoid any chance Cassini could someday collide with Titan, Enceladus or any other moon that has the potential to support indigenous microbial life.

By destroying the spacecraft, NASA will ensure that any hitchhiking Earth microbes still alive on Cassini will not contaminate the moons for future study.