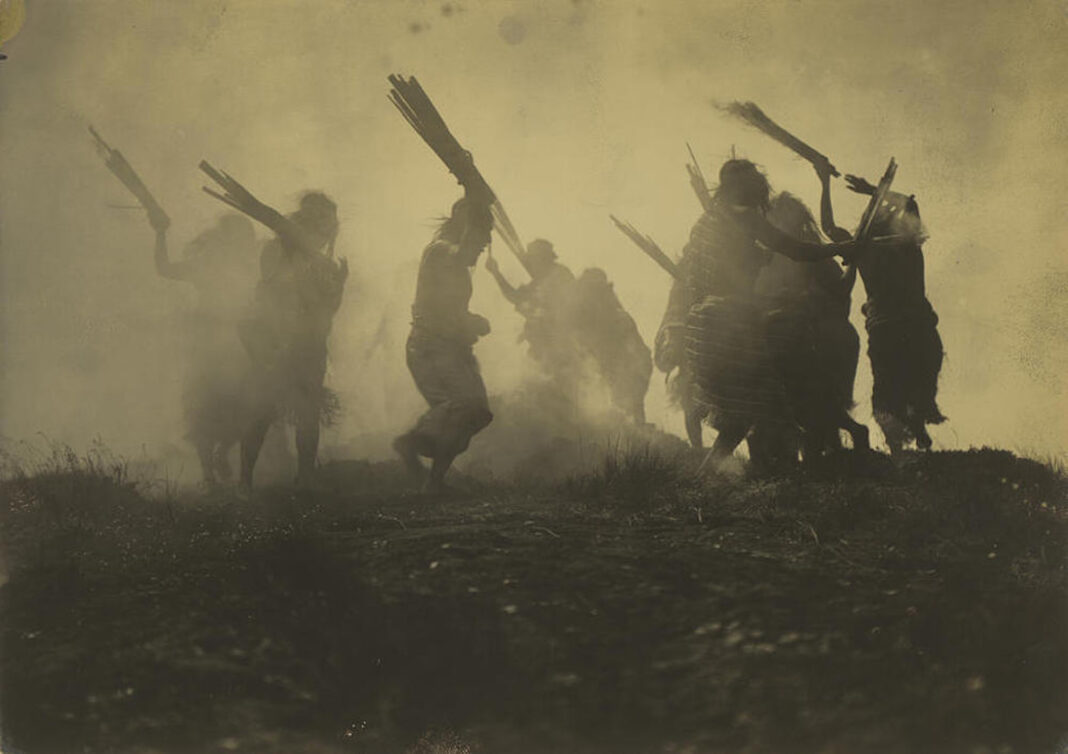 Total solar eclipses have inspired wonder and awe throughout history, with the first known reference to an eclipse dating back about 5,000 years. But when the moon passes between Earth and the sun and darkens skies across the United States on Aug. 21, there will be one major difference between modern-day skywatchers and ancient cultures that witnessed the same celestial phenomenon: We’ll have much less fear.

For many ancient peoples, solar eclipses were a reason to be afraid — very afraid.

“We have ample historic and ethnographic information from a variety of cultures that give[s] us a pretty good idea of how people responded to these things worldwide,” said astronomer E.C. Krupp, director of the Griffith Observatory in Los Angeles.

Ancient peoples depended heavily on the seasonal changes reflected in the annual movements of the sun, Krupp told Live Science. They would have seen a solar eclipse as a major disturbance of the cosmic order, at the very least, and quite possibly as the end of the world, he said.

The idea that eclipses were supernatural disasters would have been strong among primitive cultures, for whom the sun and the moon were likely seen as supernatural entities or even gods, Krupp said.

“The sky is this zone that is out of reach, yet visible to all, and occupied by what appear to be powerful, and therefore supernatural, beings of one sort or another,” he said.

“The sun comes up every day and goes down every day, while the moon each month goes through these very familiar phases,” Krupp said. “But then, in the case of an eclipse, the unexpected happens for no good reason, and the sun goes black, which is the exact opposite of what it should be doing.”

Krupp is a respected authority on ancient astronomical lore, and the author of several books on the topic, including “Beyond the Blue Horizon: Myths and Legends of the Sun, Moon, Stars and Planets” (Oxford University Press, 1991).

He said that many traditional explanations of solar eclipses suggest that the events occur because a mythological beast of some description is devouring the sun. This idea stems from the sun’s appearance during the first stages of an eclipse, which resembles an orb with a “bite” taken out of it.

But the variety of beast responsible for eating the sun depended on local traditions; it was a frog in Vietnam, for example, and a mountain lion or puma in the Andes region of South America, Krupp said.

One of the best-known traditions comes from the Norse culture of Scandinavia’s Vikings, which described two supernatural wolves — Sköll and her brother, Hati — who were said to chase the sun and moon across the sky. An eclipse of the sun or moon occurred whenever one of the wolves caught and tried to eat the object that the animal was hunting, he said.

In a lunar eclipse, the moon was said to bleed, which was the explanation given for its red color. This is actually the reflection on the face of the full moon of the ring of sunsets that surround the eclipsing Earth.

“That’s part of the traditional lore that comes down to us that reflects what people see in the sky,” Krupp said.

In China, where the devouring beast is traditionally a “heavenly dog,” ancient observations of eclipses also describe the sun as “being eaten,” while today’s Mandarin words for eclipses are derived from the root “shi,” which means “to eat,” Krupp said.

In Mayan legends from central Mexico, the monsters responsible for devouring the sun during an eclipse are described as “star demons,” which were often portrayed as giant snakes or insects, he said. Mayan records make clear that the “star demons” were in fact the other planets, such as Venus or Mercury, which could briefly become visible in the darkened daytime sky.

“What they were referring to was the appearance of the planets when the sky grows dark enough in an eclipse for those objects to appear,” Krupp said. “Suddenly, something that shouldn’t be there is there, usually in the vicinity of the sun — and so some of those people in central Mexico assigned the responsibility to” the planets.

A famous photograph by the pioneering American photographer Edward Curtis, taken between 1910 and 1914, shows Kwakiutl people of the Pacific Northwest performing an “eclipse dance.” The photograph was taken during an eclipse of the moon, and similar ceremonies would be held during much rarer eclipses of the sun, Krupp said.

Such rituals reflected an almost-universal response by traditional cultures to the phenomenon of eclipses, he said.

“First, the world order is compromised — and that’s trouble,” he said. “Second, it’s compromised by something that appears to be taking a bite. And third, we’ve got to do something about this.”

In the Kwakiutl lunar eclipse dance, doing something meant building a fire and creating a lot of noise in hopes of driving away the “sky creature” that was thought to be devouring the moon.

“There are plenty of other stories of that kind of thing taking place in historic times and from around the world,” Krupp said. “You also find people firing guns in historic times or shooting arrows into the sky to scare off or kill the beast. A few send fiery arrows, and they’re trying to rekindle the [sun or moon] by sending it light and heat again.”

The tradition of making as much noise as possible during an eclipse is at least 2,000 years old and continues to this day in many parts of the world, Krupp said.

“There are historic accounts of this tradition being maintained in ancient Mesopotamia, where the trouble was said to be a demon,” Krupp said, “and the priests would parade around and make noise with the intent of disturbing and scaring off this predator.”

Even today, people in many places greet solar eclipses by banging together pots and pans; this happens in parts of South America and Asia — and even, lightheartedly, at the Griffith Observatory in Los Angeles.

“You will be happy to know that here at the Griffith Observatory, which is the most-visited public observatory on the planet, whenever there’s an eclipse here, we do exactly the same thing,” he said. “We observe it … but when we get to the height of the eclipse, we know that we have a responsibility to make sure that the sun or the moon comes back, and so there’s a crew of us who get out there, banging on pots and pans and doing our job.”