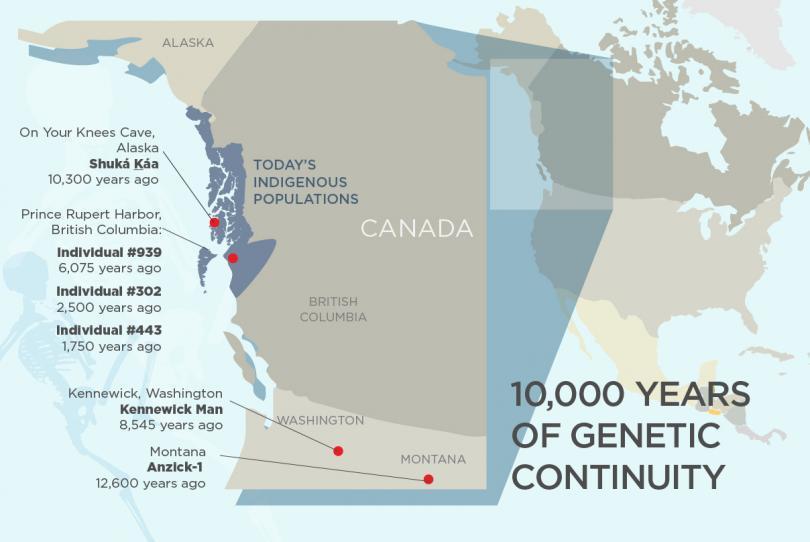 DNA proves that Native American and indigenous Canadian groups along the northern Pacific Ocean have been living there for more than 10,000 years.

Scientists did a genetic analysis on people from the British Columbia coast and southern Alaska and compared it with samples from ancient skeletons to show the connection to the humans who first settled North America, according to a study in the Proceedings of the National Academy of Sciences.

There were four ancient skeletons involved in the project. The oldest was of a man dubbed Shuká Káa who lived about 10,300 years ago and whose remains were found in a southeastern Alaskan cave. The three others range in age from 1,750 to 6,075 years and were found south of that cave, on the coast of British Columbia in Canada.

Humans first arrived and settled in the Americas after migrating from Siberia over the now-underwater land bridge called the Bering Strait. For that reason, according to the study, the genetic lineage of that region “proves an intriguing focus.”