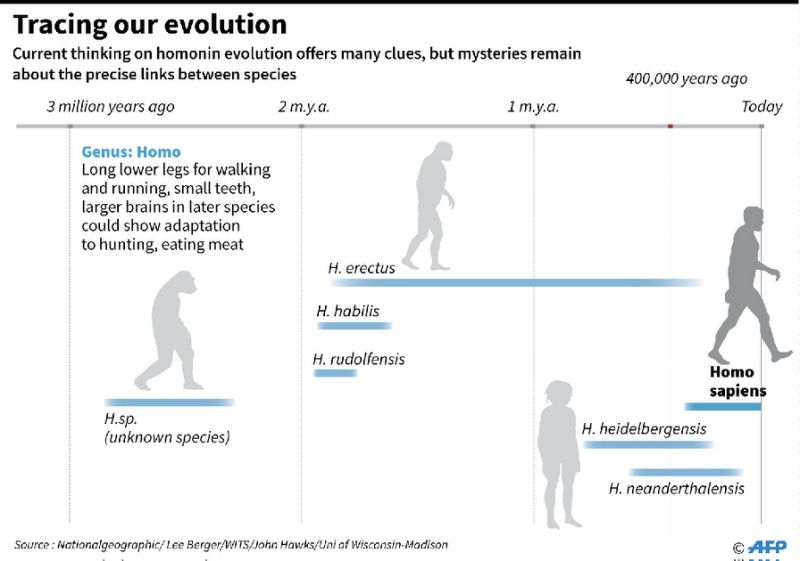 Kerry Sheridan
Miami (AFP) – The discovery of a 400,000-year-old half skull in Portugal has offered tantalizing hints about a possible ancestor of the Neanderthals, researchers said Monday.

The fossil was unearthed from the Aroeira cave site, and marks the oldest human cranium fossil ever found in Portugal, said the report in the Proceedings of the National Academy of Sciences, a peer-reviewed US journal.

But there is plenty of mystery around the skull. Researchers don’t know if it was from a male or female, how the person died, or even what form of early human it was.

“There is a lot of question about which species these fossils represent. I tend to think of them as ancestors of the Neanderthals,” co-author Rolf Quam, an anthropologist at Binghamton University, State University of New York, told AFP.

“It is not a Neanderthal itself,” he added. “It has some features that might be related to the later Neanderthals,” including a lump of bone near the ear called the mastoid process.

Researchers say this bone may be related to regulating pressure in the ear, although its exact purpose is unclear.

What researchers can say with certainty is that the skull belonged to an adult, based on the formation of the bones. A couple of teeth found with it appear worn, as if belonging to an adult rather than a child.

They also know its age — 400,000 years — based on precision dating of the surrounding stalagmites and sediments.