Ancient Architecture Volume 3: Stonehenge, Gobekli Tepe and Karahan Tepe #Stonehenge – For centuries, historians and archaeologists have puzzled over the many mysteries of Stonehenge, the prehistoric monument that took Neolithic builders an estimated 1,500 years to erect. Located in southern England, it is comprised of roughly 100 massive upright stones placed in a circular layout. #Gobekli Tepe – Göbekli Tepe is an archaeological site and multi-phase tell, which is one of the oldest known Mesolithic structures, located in the South-eastern Anatolia Region of Turkey. The main structures identified have been dated to the Pre-Pottery Neolithic period from around the 10th millennium BC, with further remains of smaller buildings to the 9th millennium BC. #Karahan Tepe – Archaeologists have been working at the Karahan Tepe site, which is often called the sister site of Göbekli Tepe , since 1997. The site is located roughly 35 kilometers east of Göbekli Tepe and is now considered part of a constellation of contemporaneous settlements that extends over 100km and includes at least 11 other unexcavated sites. The 11,400-year-old monumental site, which is about 200 years younger than Gobekli, is one of the world’s oldest villages, challenging the prevailing science on when and why humankind first settled down. 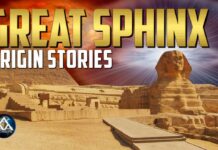