Astronomers are now searching for evidence of Dyson spheres in the Milky Way galaxy. In October of 2015 several media outlets reported that strange signals from a distant star were defying natural explanation. The unexplained signals have been found in data collected by Nasa’s Kepler Space Telescope. In September 2021, researchers led by Tiger Yu-Yang Hsiao, an astronomer at the National Tsing Hua University in Taiwan, added a new dimension to the search for signs of Dyson spheres. This novel hypothesis turns the idea of the Dyson Sphere inside out by proposing an “Inverse Dyson Sphere,” or IDS, that feeds on the power of a “cold sun,” or black hole, according to a recent study published in the Monthly Notices of the Royal Astronomical Society. 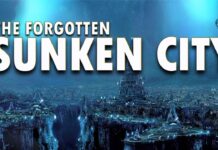 September 25, 2021
It may come as a surprise to many people but the hunt for Planet 9 actually began over a century ago within the ranks...

Inanna’s Descent to the Underworld