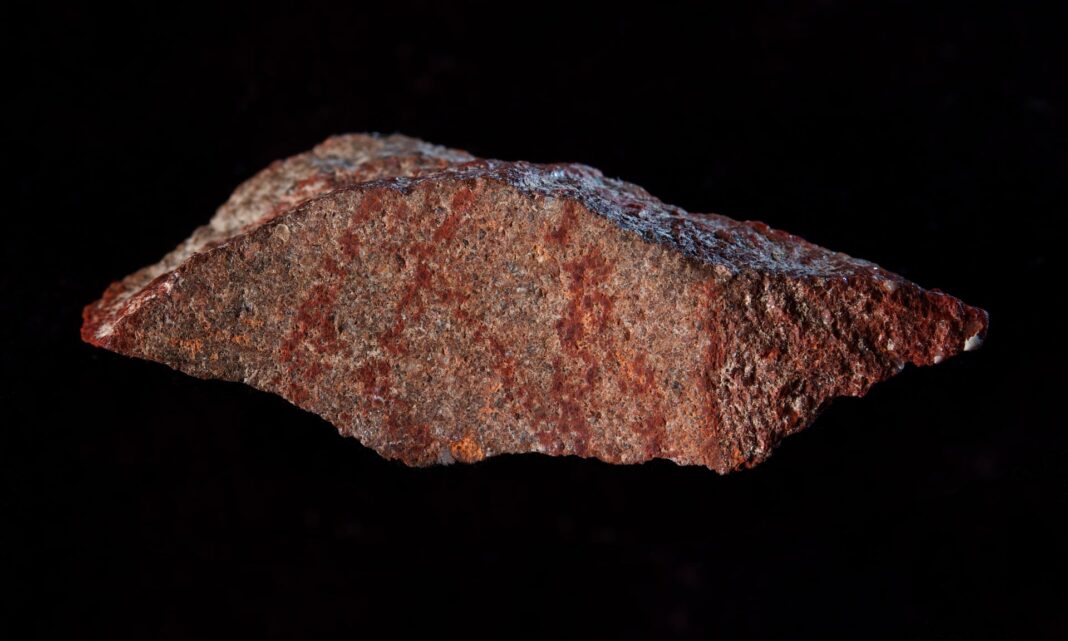 It lacks the grace of Leonardo and has none of the warmth of Rubens, but the criss-crossed pattern on the chunk of rock is remarkable all the same. According to researchers who unearthed the piece, it is the earliest known drawing in the world.

Archaeologists found the marked stone fragment as they sifted through spear points and other material excavated at Blombos cave in South Africa. It has taken seven years of tests to conclude that a human made the lines with an ochre crayon 73,000 years ago.

The simple red marks adorn a flake the size of two thumbnails which appears to have broken off a grindstone cobble used to turn lumps of ochre into paint powder. The lines end so abruptly at the fragment’s edges that researchers believe the cross-hatches were originally part of a larger design drawn on the cobble.

“This is first known drawing in human history,” said Francesco d’Errico, a researcher on the team at the University of Bordeaux. “What does it mean? I don’t know. What I do know is that what can look very abstract to us could mean something to the people in the traditional society who produced it.”

Until now, the oldest known drawings have been the more impressive and extensive works that cover cave walls in El Castillo in Spain and Maros in Sulawesi, Indonesia. But those abstract and figurative images were made more recently, 40,000 years ago at most.

Located on the southern tip of South Africa, about 300km east of Cape Town, Blombos cave has proved a treasure trove of ancient human artefacts from 70,000 to 100,000 years old. Excavations have uncovered painted shell beads, double-sided spear points, and pieces of ochre engraved with the same cross-hatched design as found on the chunk of grindstone. The pattern also features at the nearby younger sites of Diepkloof and Klipdrift, where archaeologists found it engraved on ostrich egg shells. 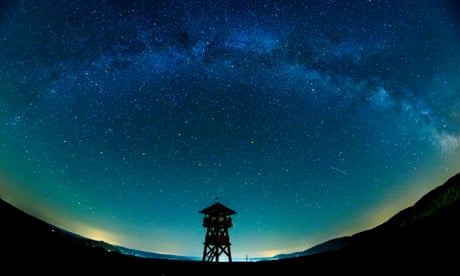 The patterned stone from Blombos was found by chance in 2011 as researchers washed ash and dirt from spear points and other artefacts uncovered at the site. The discovery prompted an intensive effort to analyse the marks – six thin lines crossed by three others – and discern how they got there.

“It’s very striking,” said Christopher Henshilwood, leader of the research team and director of the Centre for Early Sapiens Behaviour at the University of Bergen in Norway. “You can see immediately that it’s a cross-hatch design in red on a smooth surface. It’s very tiny but it’s pretty impressive.”

Through a combination of microscopic examination of the stone and experiments that set out to recreate the pattern, the researchers conclude that the drawing was made with an ochre crayon. While most of the lines were made in single strokes, others were created by rubbing the ochre back and forth. To achieve such narrow lines, the ochre must have been hard and pointed, its tip between one and three millimetres wide, according to a report in the journal, Nature.

Ochre is a broad term for rocks and clays that are coloured red or orange by the iron-rich minerals they contain. Tests on the red lines that make up the Blombos drawing show that the pigment contains haematite, a common reddish-black iron ore.

“The lines are very deliberate,” said Henshilwood. “When we reproduced the lines, you have to have a very firm hand and have to apply the ochre quite determinedly to make them look like that.”

He believes that Homo sapiens used the grindstone, a silcrete cobble, to turn hard ochre rocks into a powder suitable for paint. The grindstone was then washed and the cross-hatched design added to the smooth, dipped surface produced by the grinding process. At some point later, the cobble was broken and the marked fragment left behind.

“There’s no doubt that it’s a symbol that meant something to the people who made it,” Henshilwood said. “It’s a symbol that’s been repeated over and over again, and it keeps on being repeated across the world in Australia, France and Spain, and everywhere else. This is part of the repertoire of signs the human brain reproduces. I can’t tell you what it means, and I can’t say it’s art.”

Warm in the winter and cool in the summer, Blombos cave would have been a welcome shelter for early humans moving along what is now the southern Cape coast. Today, the cave is a stone’s throw from the sea, but when the drawing was made the cave would have sat 100km inland.

“You feel a very strong connection when you work in the cave. It’s a time machine,” said Henshilwood. “You can see something and know it was put there by a human 75,000 or 90,000 years ago, and it hasn’t moved at all. And next to it is the bone they chewed and the fire they made and slept around at night. It’s almost weird. You can’t believe that it has survived for that long.”

Wil Roebroeks, professor of paleolithic archaeology at Leiden University in the Netherlands, described the work as “very thorough”.

“This detailed study of red lines on a small piece of silcrete underlines that these patterns were intentional, and made on various media with different techniques,” he said. “However, we can only guess at what these patterns represented, if anything.”