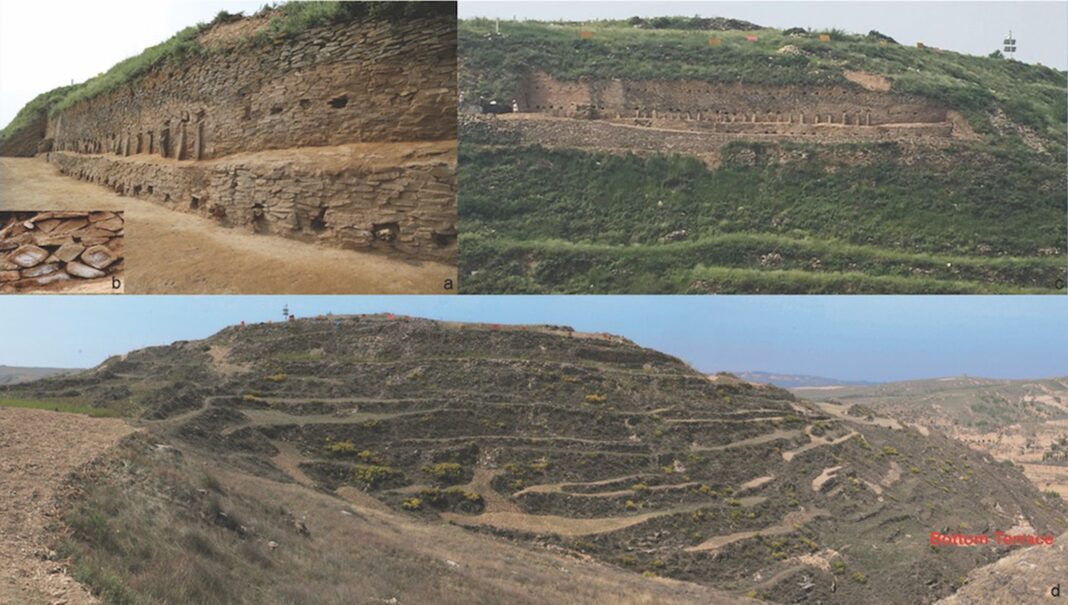 A 4,300-year-old city, which has a massive step pyramid that is at least 230 feet (70 meters) high and spans 59 acres (24 hectares) at its base, has been excavated in China, archaeologists reported in the August issue of the journal Antiquity.

The pyramid was decorated with eye symbols and “anthropomorphic,” or part-human, part-animal faces. Those figures “may have endowed the stepped pyramid with special religious power and further strengthened the general visual impression on its large audience,” the archaeologists wrote in the article.

For five centuries, a city flourished around the pyramid. At one time, the city encompassed an area of 988 acres (400 hectares), making it one of the largest in the world, the archaeologists wrote. Today, the ruins of the city are called “Shimao,” but its name in ancient times is unknown.

The pyramid contains 11 steps, each of which was lined with stone. On the topmost step, there “were extensive palaces built of rammed earth, with wooden pillars and roofing tiles, a gigantic water reservoir, and domestic remains related to daily life,” the researchers wrote.

The city’s rulers lived in these palaces, and art and craft production were carried out nearby. “Evidence so far suggests that the stepped pyramid complex functioned not only as a residential space for ruling Shimao elites, but also as a space for artisanal or industrial craft production,” the archaeologists wrote.

A series of stone walls with ramparts and gates was built around the pyramid and the city. “At the entrance to the stepped pyramid were sophisticated bulwarks [defensive walls] whose design suggests that they were intended to provide both defense and highly restricted access,” the archaeologists wrote.

The remains of numerous human sacrifices have been discovered at Shimao. “In the outer gateway of the eastern gate on the outer rampart alone, six pits containing decapitated human heads have been found,” the archaeologists wrote. 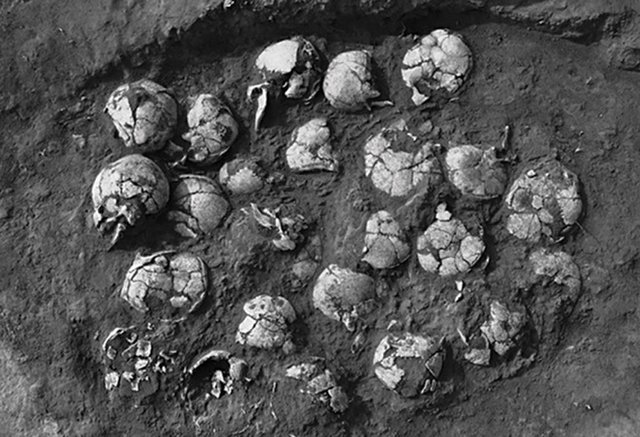 Some of the victims may be from another archaeological site called Zhukaigou, which is located to the north of Shimao, and the people of Shimao may have conquered the neighboring site. “Morphological analysis of the human remains suggests that the victims may have been related to the residents of Zhukaigou, which could further suggest that they were taken to Shimao as captives during the expansion of the Shimao polity,” the study said. [25 Ancient Cultures that Practiced Human Sacrifice]

Additionally, jade artifacts were inserted into spaces between the blocks in all of Shimao’s structures. “The jade objects and human sacrifice may have imbued the very walls of Shimao with ritual and religious potency,” the archaeologists wrote.

While archaeologists have known about Shimao for many years, it was once thought to be part of the Great Wall of China, a section of which is located nearby. It wasn’t until excavations were carried out in recent years that archaeologists realized that Shimao is far older than the Great Wall, which was built between 2,700 and 400 years ago.

The team of archaeologists that wrote the article includes Li Jaang, a professor at the School of History at Zhengzhou University; Zhouyong Sun and Jing Shao, who are both archaeologists at the Shaanxi Provincial Institute of Archaeology; and Min Li, an anthropology professor at UCLA.