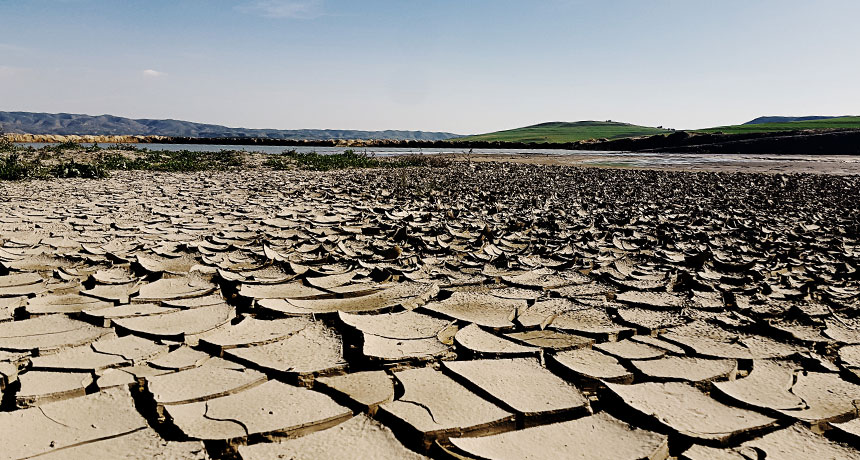 The newly named current geologic age that started 4,200 years ago.

Welcome to the Meghalayan, our geologic here and now. It’s one of three newly designated ages divvying up the Holocene Epoch, a geologic time period kicked off 11,700 years ago by the end of the Ice Age.

First came a warming period, now dubbed the Greenlandian Age. Then, about 8,300 years ago, the Northgrippian Age began with a big chill that gripped Earth for about 4,000 years. Finally, the Meghalayan started 4,200 years ago with a devastating, 200-year worldwide megadrought.

“It marked a quite serious collapse of human agricultural civilizations,” says Phil Gibbard of the International Union of Geological Sciences, which ratified the new ages June 14 and released an updated geologic time scale July 13. The megadrought triggered human crises and migrations ranging from China to the Middle East to India, where the new age’s namesake is located. A stalagmite from a cave in the northeast Indian state of Meghalaya acts as the official time stamp marker for the start of the age. The drought is also recorded in other geologic sediments and at archaeological sites around the world.

The Meghalayan is the first formal geologic time interval in Earth’s 4.6-billion-year history that began at the same time as a global, climate-driven cultural event.