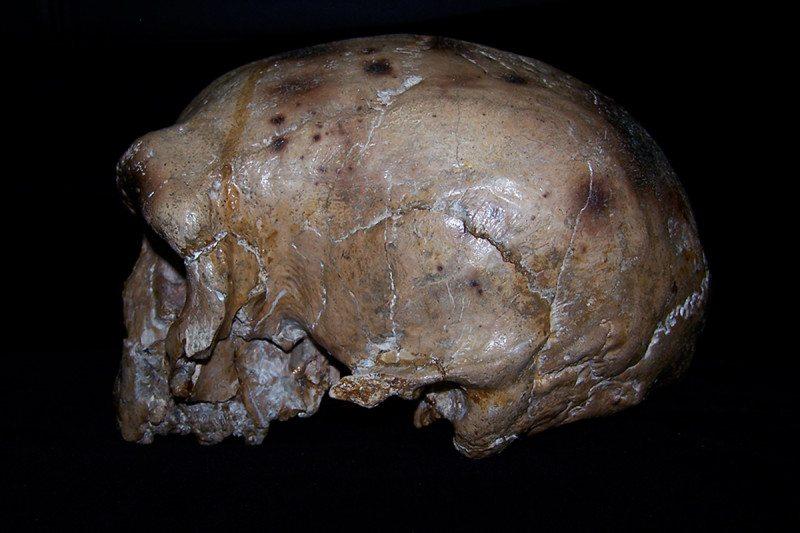 Most scientists believe all modern humans are descended from African ancestors. But a new analysis of an ancient Chinese skull found too many similarities to the earliest human fossils found in Africa to be a coincidence; maybe we didn’t all originate in Africa.

Known as the Dali skull, it was discovered nearly 40 years ago in China’s Shaanxi province. It belonged to a member of the early hominin species Homo erectus. Its facial structure and brain case are intact, despite being dated to around 260,000 years ago. The Dali skull is so old that archaeologists initially didn’t believe it could share features with the modern Homo sapiens.

But Xinzhi Wu of the Chinese Academy of Sciences in Beijing believed that due to the overwhelming physical similarities, Homo erectus must have shared DNA with Homo sapiens. After decades of this idea being dismissed by mainstream academia, Wu and a colleague, Sheela Athreya of Texas A&M University, recently reanalyzed the Dali skull and found it may force us to rewrite our evolutionary history after all. It’s incredibly similar to two separate Homo sapiens skulls previously found in Morocco.

If we’d found only the Moroccan skulls, and not the Dali skull, it would make sense to keep believing all modern humans evolved in Africa. But the similarities show that early modern humans may not have been genetically isolated from other parts of the world, like what we know today as China.

“I think gene flow could have been multidirectional, so some of the traits seen in Europe or Africa could have originated in Asia,” Athreya told New Scientist.

So certain characteristics that we associate with modern Homo sapiens may have actually developed in east Asia, and were only later carried to Africa. We’ll still need further comparisons between the Dali skull and the Moroccan ones. But the implications are enormous; we’re talking about rewriting the origins of our species as we know it, reassessing how our ancestors migrated and interacted and subsequently evolved.

“In a real sense we are talking about a multiregional population, connected recurrently by migration and genetic exchanges,” John Hawks of the University of Wisconsin-Madison told New Scientist.