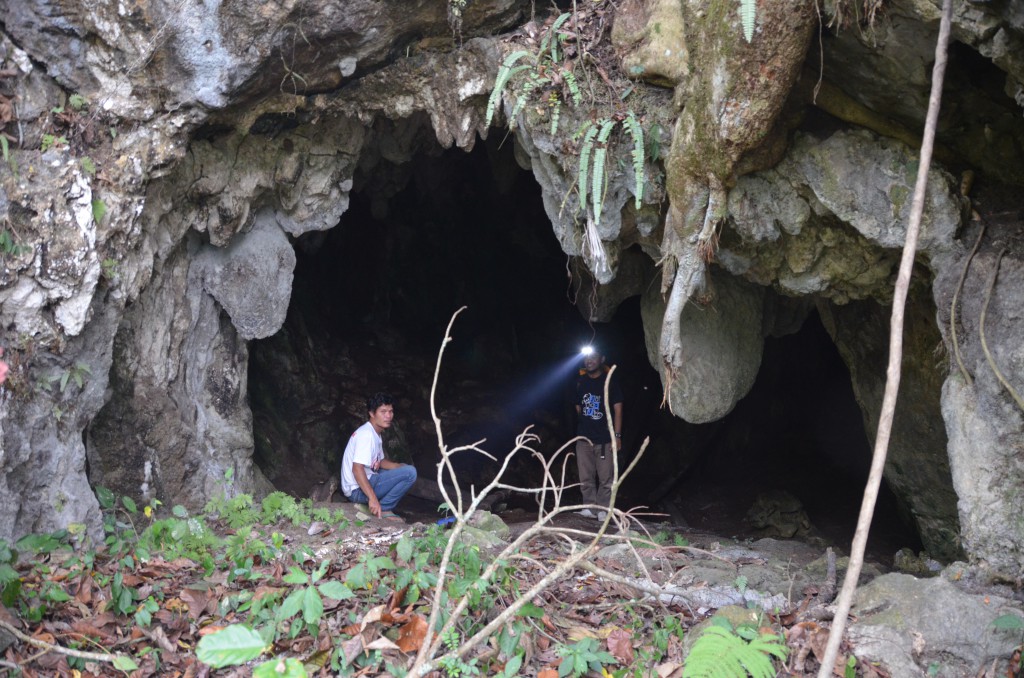 The conventional timeline of human evolution and migration continues to crumble in the face of new research. The latest finding puts anatomically modern humans deep in Indonesia up to 73,000 years ago — tens of thousands of years before once thought possible.

The old school timeline, still widely taught, went something like this: Homo sapiens evolved into a distinct species from earlier hominins about 200,000 years ago in Africa and became anatomically modern humans (AMHs) about 100,000 years ago. Then, around 50,000 years ago, the AMHs headed out of Africa and spread through Eurasia, interbreeding with (and eventually replacing) Neanderthals and Denisovans.

Easy. Tidy. Except for all that pesky confounding evidence that continues to emerge.

Just in the last year, for example, both paleoanthropological and paleogenetic discoveries have pushed back the start date for Homo sapiens, in some cases by hundreds of thousands of years.

And in July, a compelling study in Nature found evidence of humans in northern Australia by about 65,000 years ago (that’s about 15,000 years before AMHs supposedly left Africa, if you’re keeping score). The researchers dated more than 10,000 artifacts from Madjedbebe, a site not far from the modern coastal city of Darwin.

Today, a separate team announced that they have analyzed teeth from Lida Ajer cave, a site in the highlands of Sumatra in Indonesia, and found them to be from AMHs — and they’re 63,000 to 73,000 years old.

Approximate locations of the sites of Lida Ajer (in green) and Madjedbebe (in blue) which suggest modern humans were in the region much earlier than once thought.

The team’s conclusions appear to support a genetic study from 2016 (The third of three stories discussed here) that suggested an early wave of AMHs out of Africa, perhaps 120,000 years ago, got at least as far as Papua New Guinea (rudely cut off above Australia at far right of map above).

To be sure, the case made today is not rock-solid (few conclusions from a single paper are). The teeth were found more than a century ago, back in the late 1880s, during the first excavations at the site. Today’s team used three different dating methods to determine their age, including dating the layers of sediment in which the teeth were found and dating other, non-human teeth found in the same layers.

(The human teeth were not dated directly because the method used would have destroyed them; the researchers dated a few orangutan and gibbon teeth from the same deposit, since remains of both animals are far more numerous than the two human teeth found at the site.)

Researchers behind today’s study compared a tooth they describe as modern human from Lida Ajer (left top) and its scanned image (left bottom) with an orangutan tooth (right). (Credit Tanya Smith and Rokus Awe Due)

While critics may quibble about the confidence of dating material that was collected more than a century ago, the researchers’ analysis of the teeth is more straight-forward. Based on a number of traits, from size to unique features such as the incisor’s double-shovel shape, the team concluded that the teeth can only belong to AMHs.

Accepting the age of these AMH teeth makes them the oldest human remains found in a rainforest environment, say the researchers. The big deal about that is that, despite what looks like lush and easy living in a glossy travel photo, rainforests are a challenging environment for humans.

Our species evolved in the open environments of Africa’s savannas, not the “closed forest” environment of Sumatra’s interior. Many researchers believe humans leaving Africa traveled along coasts, which tend to have better resources year-round, or followed big game for the nutritional payoff. In contrast, rainforest resources tend to vary widely by season, and the flora and fauna in that ecosystem typically offer less bang for the buck in terms of caloric density.

The immediate vicinity of the Lida Ajer cave, located in the karst highlands of Sumatra, shows the rugged environment which researchers believe would have been challenging for its first human inhabitants. (Credit Kira Westaway)

Living in a rainforest 70,000 years ago would have required a good deal of planning, prep and technological innovation which, say the authors, are hallmarks of our big-brained species (though, quite frankly, to me that smacks a bit of Homo sapiens exceptionalism. But that’s another discussion for another time.).

By the way, the researchers believe the area around Lida Ajer was a rainforest environment when humans occupied the cave because of the kinds of animal bones, including plenty belonging to orangutans, found in the same deposits. Today’s study was published in Nature.

More: Were Modern Humans in Indonesia 73,000 Years Ago?