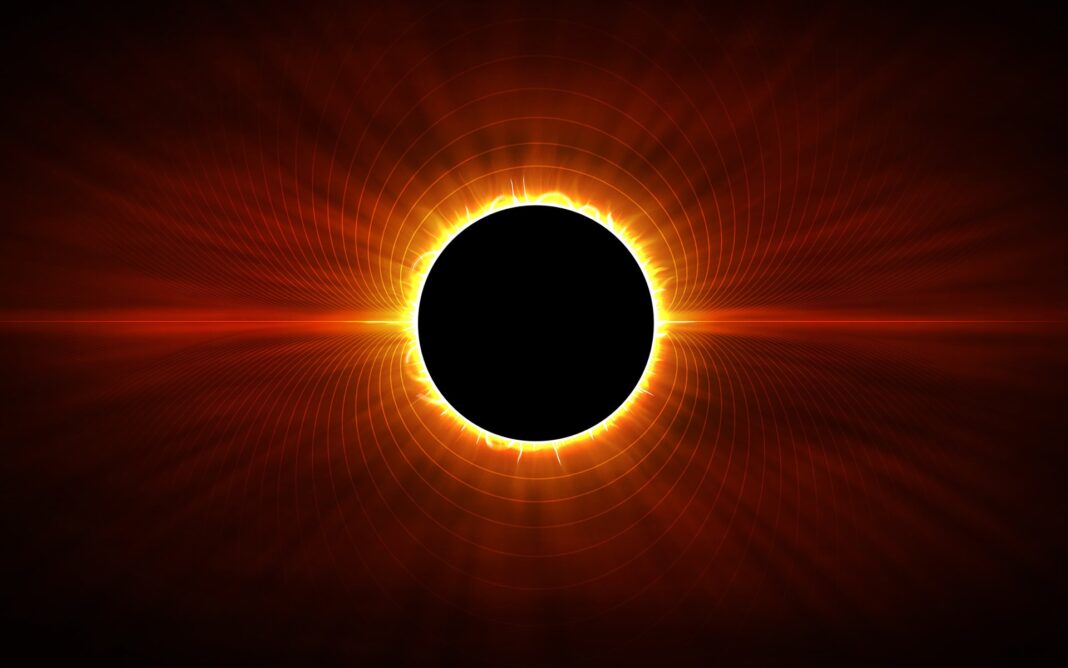 Starting in 2019, there will be other opportunities to catch totality—or see it again if you’re hooked.

Eclipse chasers may seem a little intense—they often go to great lengths to see total solar eclipses around the world, booking hotels and flights years in advance. If you didn’t plan years ahead for totality on August 21, or if you find yourself addicted after experiencing it, you’re in luck. The next eclipse is just less than two years out, and another chance comes to the United States in just seven years. Here’s a list of notable upcoming total solar eclipses, and some of the stunning places you can view them.

The next possible opportunity to see a total solar eclipse is in Chile and Argentina in 2019, but the air might be a little brisk and clouds could get in the way—July is winter in the Southern Hemisphere. But the 2020 eclipse passes over the same countries during the summer. Both Termas Geometricas, a cluster of hot springs in Chile, and the caves of Villarrica Volcano lie in the path of totality. They might not be the best places to view the eclipse itself, but they’ll make for great stops once it’s over.

It’s unusual for the same region to experience two eclipses in close succession, but the United States will have another total eclipse soon, this time from Texas up to the Great Lakes. Mexico and Canada will catch totality, too. The path of totality for this eclipse even crosses the August 21 path, so some places—Carbondale, Illinois, aren’t you lucky—will get to see two in less than a decade. And this time around, totality will last nearly twice as long as for the 2017 eclipse. There will be plenty of picturesque places to watch. Unique viewing locations include El Faro de Mazatlán, a lighthouse in Mexico, or next to a model of Earth in Houlton, Maine. Hopefully April showers won’t be an issue.

This solar eclipse makes landfall in just two places—western Iceland and Spain—but the view will be great no matter which country you pick. Iceland’s famous Blue Lagoon lies right in the path of totality, and so does Reykjavík. Farther south in Spain, there are plenty of castles and monastery ruins that would make stunning backdrops.

At its height, this total eclipse will last a whopping six minutes and 23 seconds near Luxor in Egypt. Gibraltar, the northern coast of Africa, Saudi Arabia, Yemen, and Somalia also lie along the path of totality. If you’ve been looking for an excuse to check out Oran, Tangier, or Luxor, this eclipse fits the bill. Or you could watch the eclipse from a small sliver of Spain in Morocco, or the ruins of an ancient Roman city on the Libyan coast.

Some parts of Australia will experience five total eclipses in the next 30 years. This particular one has a path of totality that passes directly over Sydney. The Royal Botanic Gardens or the Sydney Observatory are sure to be great spots to watch, but if you like an eclipse with a side of weird geology, the Devil’s Marbles or the Bungle Bungle Range are perfect choices. The eclipse will also be visible in New Zealand, with Milford Sound and the Moeraki Boulders in the path of totality.

China’s and North Korea’s capital cities both lie along this eclipse’s path of totality, along with part of Japan, north of Tokyo. The Beijing Ancient Observatory may have been constructed to view distant stars, but visitors will be able to experience one minute and 33 seconds of totality there. Alternatively, you could watch the eclipse surrounded by Japanese macaques at the Jigokudani Monkey Park in Nagano, Japan.

Only a small slice of Montana and a swath of Alberta and the Northern Territories will see this total solar eclipse, but that includes some incredible landscapes. The unearthly rock formations of Makoshika State Park, in eastern Montana, will offer a quiet place to watch the eclipse (and impressively dark skies for stargazing). The Hoodoos of Drumheller Valley are similarly strange rock formations in Alberta, and also lie in the path of totality.

If, by the time this eclipse rolls around, coast-to-coast paths of totality seem like old hat to you, you can spice up your eclipse-viewing experience with a trip to the Caribbean or South America. The path of this one starts in Northern California and bends down to pass through Florida (right over both Disney World and Miami), but the location of longest totality—six minutes and five seconds—is in the Bahamas, near the Great Isaac Cay. Book your boat now. Nearly all of the Dominican Republic and the northern coast of South America, from Venezuela to Brazil, will also see full occlusion.

People along the path of totality through Angola, Botswana, South Africa, and virtually all of the nation of Swaziland will be treated to nearly five minutes of darkness during this eclipse. Some areas in the path are not especially comfortable—such as the Makgadikgadi Salt Pans, which you will likely have all to yourself—but an ancient stone calendar in South Africa would be a fitting setting.

Two eclipses will be visible from parts of Indonesia, and a small bit of Australia on April 20—first in 2023 and again in 2042. Another eclipse visible in Australia, as well as parts of southern Africa, will take place on November 25, 2030. Australia and New Zealand will see other eclipses on July 13, 2037, and December 26, 2038. Some of the least accessible eclipses include one on November 14, 2031, that just barely grazes Panama, another on March 30, 2033, that will only be visible in northern Alaska and a tiny bit of Russia, and one on December 15, 2039, that can only be seen in remote parts of Antarctica (remote even by Antarctic standards). Parts of Africa, Saudi Arabia, Iran, Afghanistan, Pakistan, and China will see an eclipse on March 20, 2034, and Africa will catch another on April 30, 2041.

More: If You Missed This Year’s Eclipse, Chase Another