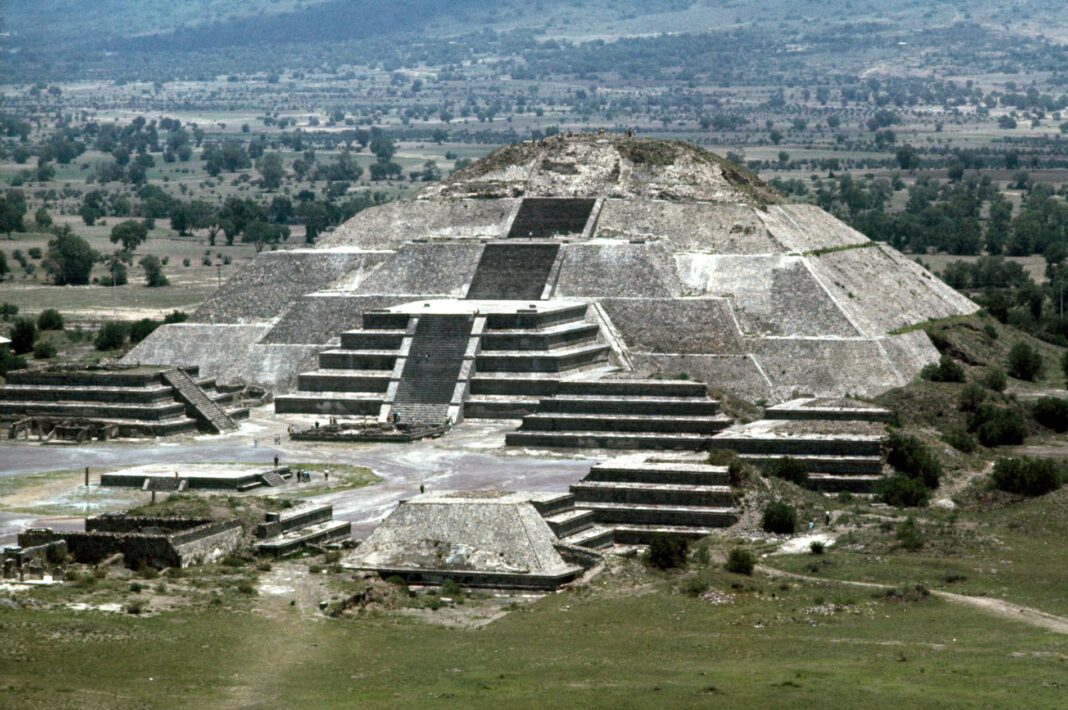 By Heather Brady
Archaeologists have discovered a secret tunnel under a famous and massive pyramid in the ancient city of Teotihuacán, northeast of Mexico City.

The tunnel was found under the Pyramid of the Moon, the second-largest structure in the ancient city (the largest is the Pyramid of the Sun), according to the International Business Times. The archaeologists who discovered it believe that it mirrors the Teotihuacans’ great monuments and may represent the underworld in the belief system of the pre-Colombian, 2,000-year-old civilization that built it (a civilization thought to pre-date the Aztecs, who later occupied the site).

The tunnel is long, extending from the central square known as the Plaza de la Luna to the nearby pyramid. It is about 33 feet (10 meters) deep, and is similar to other tunnels that have been discovered recently, like the tunnel that was found under the Temple of the Plumed Serpent.

While no one has been able to go inside the tunnel yet, the discovery was made through a method known as electrical resistivity tomography, which creates subterranean images. A team of archaeologists from Mexico’s National Institute of Anthropology and History was using the technique as part of their conservation efforts for the central square when they stumbled upon the tunnel.

The Pyramid of the Moon was likely used for human sacrifice and other rituals, based on studies of human remains found at burial sites. It is unclear what the tunnel may have been used for, and archaeologists plan to do more research to determine its purpose and whether or not it contains more artefacts.

Teotihuacán was long a major city and had a complex history, much of which has yet to be unwound. It was one of the largest in the Americas in the pre-Columbian era, having been home to at least 125,000 people.

Source: Tunnel Discovered Under Pyramid of the Moon in Teotihuacán Mexico