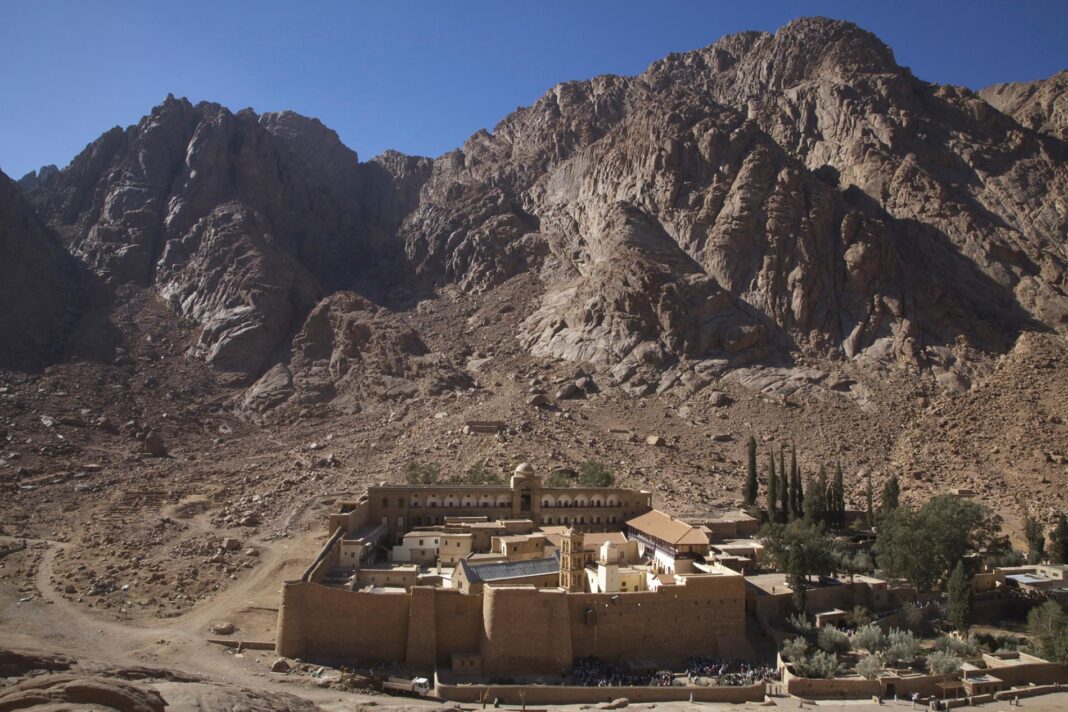 By Sarah Gibbens
There’s perhaps no doctor in history more famous than Hippocrates. Many medical students today still swear the ancient doctor’s oath to adhere to ethical medical principles. While the details of his life are murky (it’s even debated whether he wrote the oath or some of the other manuscripts that bear his name), Hippocrates is widely regarded as the “father of Western medicine.”

Archaeologists now believe they may have found one of the ancient doctor’s medical recipes preserved by centuries-past scholars during the renovation of the world’s oldest continuously running library.

While conducting restorations on the St. Catherine Monastery in South Sinai, a remote region on a peninsula in northeast Egypt, monks claim to have found a 6th century recipe formulated by the doctor. The discovery was announced by officials from both the Egyptian and Greek governments, who worked with researchers from Greece.

The manuscript contains a medical recipe that the researchers attribute to Hippocrates’s work during the 5th and 4th century BC. The manuscript also contains three recipes with pictures of herbs that were created by an anonymous scribe.

The manuscript was one of the library’s notable Sinai Palimpsests. The palimpsests were made from a stretched leather that would have been laborious and expensive to produce at the time. As a result, the original content of many palimpsest parchments were erased or written over to allow for a new manuscript to be written.

In the case of the recently found Hippocratic medicinal recipe, a second layer of Bible text known as the “Sinaitic manuscript” was written over the initial copy.

The text was examined by researchers at the Early Manuscripts Electronic Library (EMEL), which has an ongoing partnership with St. Catherine’s Monastery.

EMEL uses spectral imaging to read palimpsests. The technique is able to reveal the text hidden beneath the second layer of text in the manuscript, thus revealing what can’t be seen with the naked eye.

Speaking with Egyptian newspaper Asharq Al-Aswat, Michael Phelps, a researcher at the EMEL, stated, “The manuscript, which contains three medical texts, will be enlisted among the oldest and the most important manuscripts in the world.”

Some 130 known palimpsests sit in St. Catherine’s Monastery, and the content of the erased writing that lies below the visible text is largely unknown for many of the documents.

The region, which sits in a relatively remote part of the desert, was first used in the 3rd or 4th centuries by hermits and religious scholars. Since the walls and church surrounding the historic location were constructed in the 6th century, the monastery has been inhabited by monks ever since. A small number of monks live and work in the monastery today where they observe practices unchanged for the past centuries.

The library itself contains an estimated 3,300 manuscripts that are primarily written in Greek; however, texts written in Aramaic, Georgian, Arabic, and Latin have been recovered as well.