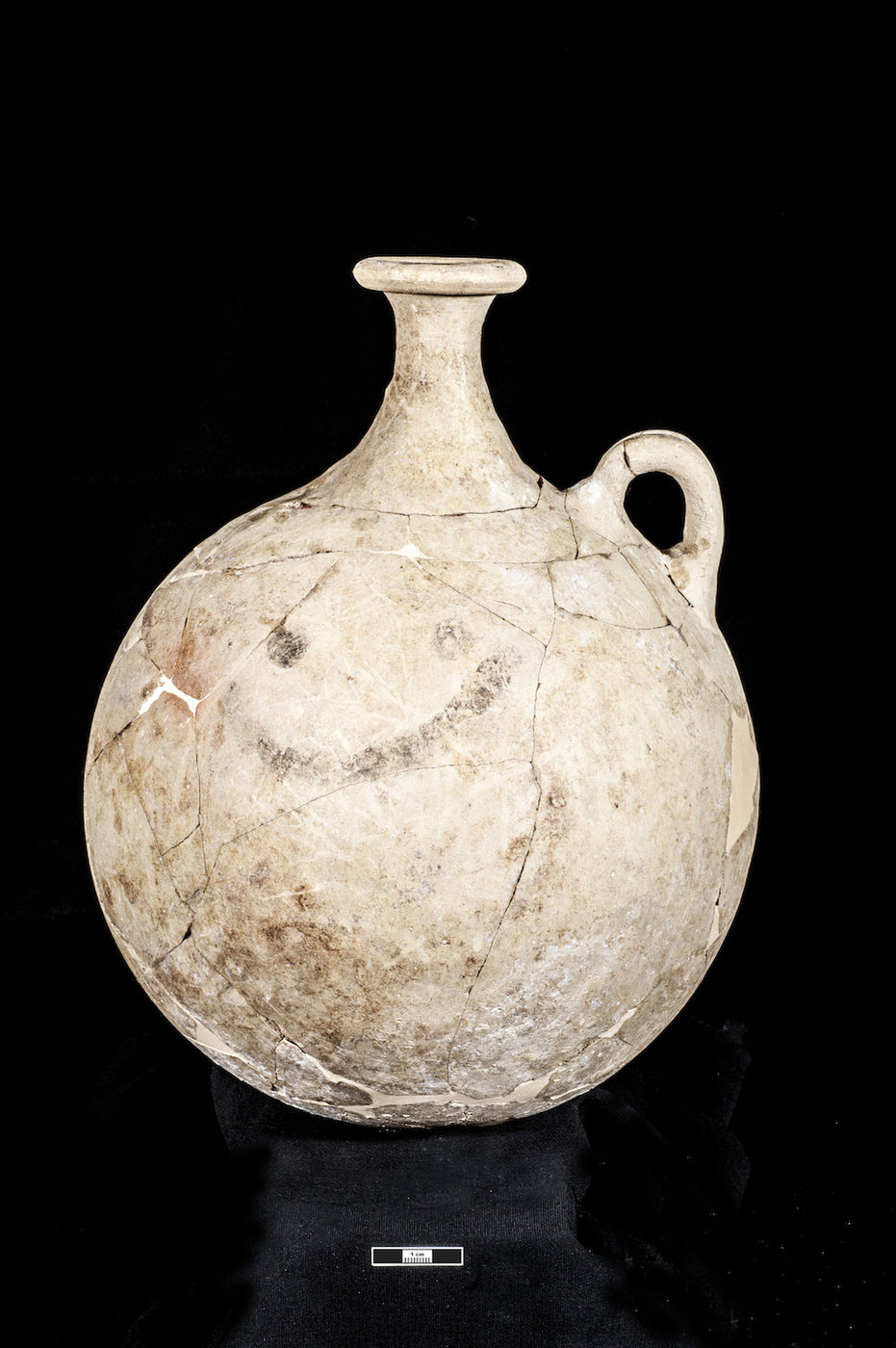 The iconic smiley face may seem like a modern squiggle, but the discovery of a smiley face-like painting on an ancient piece of pottery suggests that it may be much older.

During an excavation of Karkemish, an ancient Hittite city whose remains are in modern-day Turkey near the Syrian border, archaeologists came across a 3,700-year-old pitcher that has three visible paint strokes on it: a swoosh of a smile and two dots for eyes above it.

“The smiling face is undoubtedly there,” Nikolo Marchetti, an associate professor in the Department of History and Cultures at the University of Bologna in Italy, told Live Science in an email. “There are no other traces of painting on the flask.”

The team of Turkish and Italian archaeologists found the pitcher, which dates to about 1700 B.C., in what was a burial site beneath a house in Karkemish, Marchetti said. The pitcher was likely used to drink sherbet, a sweet beverage, he told the Anadolu Agency, a Turkish news outlet.

The archaeologists also found other vases and pots, as well as metal goods in the ancient city, which measures about 135 acres (55 hectares), or slightly more than 100 football fields.

The name Karkemish translates to “Quay of (the god) Kamis,” a deity popular at that time in northern Syria. The city was inhabited from the sixth millennium B.C., until the late Middle Ages when it was abandoned, and populated by a string of different cultures, including the Hittites, Neo Assyrians and Romans, the archaeologists said in a statement. It was used once more in 1920 as a Turkish military outpost, the archaeologists added.

British archaeologists visited the site in the late 1800s and early 1900s, but there was still much to be uncovered, so the new team, directed by Marchetti, began excavating it in 2003. But it wasn’t until this past field season, which began in May, that the archaeologists unearthed the pitcher with the emoji-like painting.

“Ithas no parallels in ancient ceramic art of the area,” Marchetti told Live Science. “As for the interpretation, you may certainly choose your own.”