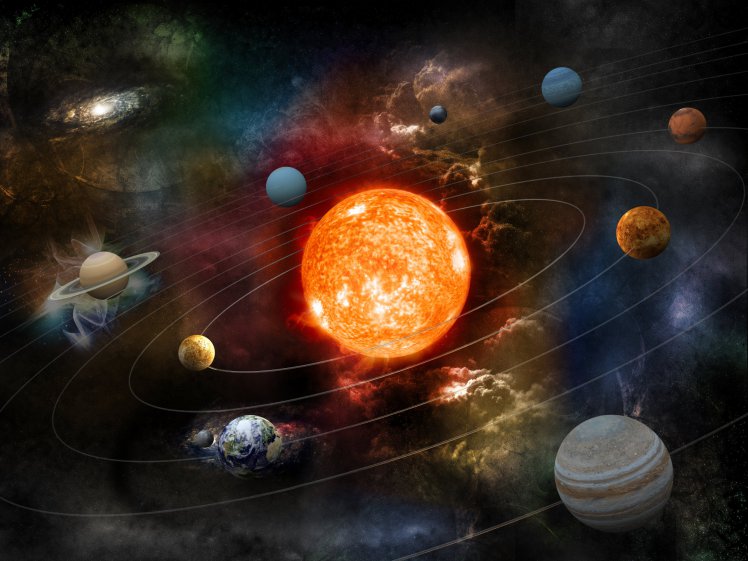 “Accepting all this as true let us consider some of the forces and influences which act on such a wonderfully complex automatic engine with organs inconceivably sensitive and delicate, as it is carried by the spinning terrestrial globe in lightning flight through space. For the sake of simplicity we may assume that the earth’s axis is perpendicular to the ecliptic and that the human automaton is at the equator. Let his weight be one hundred and sixty pounds then, at the rotational velocity of about 1,520 feet per second with which he is whirled around, the mechanical energy stored in his body will be nearly 5,780,000 foot pounds, which is about the energy of a hundred-pound cannon ball.

“This momentum is constant as well as upward centrifugal push, amounting to about fifty-five hundredth of a pound, and both will probably be without marked influence on his life functions. The sun, having a mass 332,000 times that of the earth, but being 23,000 times farther, will attract the automaton with a force of about one-tenth of one pound, alternately increasing and diminishing his normal weight by that amount.

“Though not conscious of these periodic changes, he is surely affected by them.

“The earth in its rotation around the sun carries him with the prodigious speed of nineteen miles per second and the mechanical energy imparted to him is over 25,160,000,000 foot pounds. The largest gun ever made in Germany hurls a projectile weighing one ton with a muzzle velocity of 3,700 feet per second, the energy being 429,000,000 foot pounds. Hence the momentum of the automaton’s body is nearly sixty times greater. It would be sufficient to develop 762,400 horse-power for one minute, and if the motion were suddenly arrested the body would be instantly exploded with a force sufficient to carry a projectile weighing over sixty tons to a distance of twenty-eight miles.

“This enormous energy is, however, not constant, but varies with the position of the automaton in relation to the sun. The circumference of the earth has a speed of 1,520 feet per second, which is either added to or subtracted from the translatory velocity of nineteen miles through space. Owing to this the energy will vary from twelve to twelve hours by an amount approximately equal to 1,533,000,000 foot pounds, which means that energy streams in some unknown way into and out of the body of the automaton at the rate of about sixty-four horse-power.

“But this is not all. The whole`solar system is urged towards the remote constellation Hercules at a speed which some estimate at some twenty miles per second and owing to this there should be similar annual changes in the flux of energy, which may reach the appalling figure of over one hundred billion foot pounds. All these varying and purely mechanical effects are rendered more complex through the inclination of the orbital planes and many other permanent or casual mass actions.

“This automaton, is, however subjected to other forces and influences. His body is at the electric potential of two billion volts, which fluctuates violently and incessantly. The whole earth is alive with electrical vibrations in which he takes part. The atmosphere crushes him with a pressure of from sixteen to twenty tons, according, to barometric condition. He receives the energy of the sun’s rays in varying intervals at a mean rate of about forty foot pounds per second, and is subjected to periodic bombardment of the sun’s particles, which pass through his body as if it were tissue paper. The air is rent with sounds which beat on his eardrums, and he is shaken by the unceasing tremors of the earth’s crust. He is exposed to great temperature changes, to rain and wind.

“What wonder then that in such a terrible turmoil, in which cast iron existence would seem impossible, this delicate human engine should act in an exceptional manner? If all automata were in every respect alike they would react in exactly the same way, but this is not the case. There is concordance in response to those disturbances only which are most frequently repeated, not to all. It is quite easy to provide two electrical systems which, when subjected to the same influence, will behave in just the opposite way.

“So also two human beings, and what is true of individuals also holds good for their large aggregations. We all sleep periodically. This is not an indispensable physiological necessity any more than stoppage at intervals is a requirement for an engine. It is merely a condition gradually imposed upon us by the diurnal revolution of the globe, and this is one of the many evidences of the truth of the mechanistic theory. We note a rhythm or ebb and tide, in ideas and opinions, in financial and political movements, in every department of our intellectual activity.

“It only shows that in all this a physical system of mass inertia is involved which affords a further striking proof. If we accept the theory as a fundamental truth and, furthermore, extend the limits of our sense perceptions beyond those within which we become conscious of the external impressions, then all the states in human life, however unusual, can be plausibly explained.” 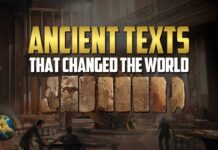