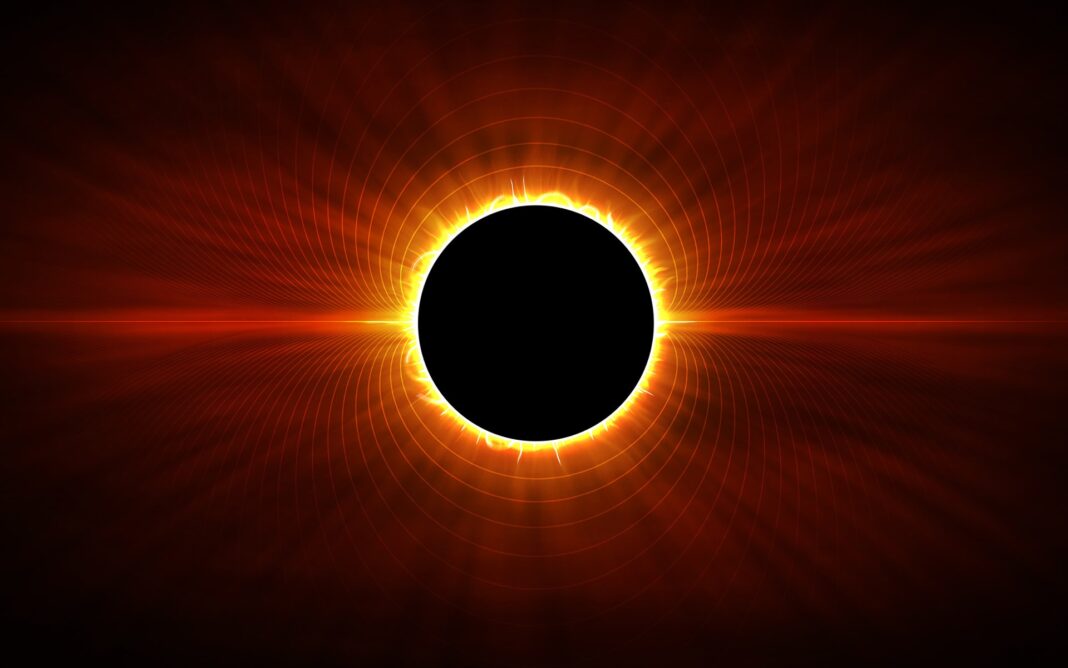 The new year will bring several notable astronomy events that will be visible for many across the United States, including a rare celestial alignment that won’t happen again until the 2030s.

In addition to these big events, 2019 will also feature three supermoons, a blue moon, multiple meteor showers and dozens of rocket launches from Cape Canaveral, Florida.

Here are the top five astronomy events of 2019 to mark on your calendar:

The most-viewed astronomy event of the year will take place in the middle of January as the moon turns red during a total lunar eclipse.

This will be the only total lunar eclipse of the year and it will be visible in the skies of all of North America and South America, as well as part of Europe and Africa, on the night of Jan. 20 into the early hours of Jan. 21.

As the moon passes through the Earth’s shadow, it will gradually turn rusty orange to deep red in color, earning it the nickname of a ‘blood moon.’

This will be the last total lunar eclipse visible anywhere in the world until May 26, 2021.

One of 2019’s best meteor showers is set to peak this spring as the Eta Aquarids dazzle onlookers around the globe.

“Each spring as Earth passes through the debris trail from Halley’s Comet (1P/Halley), the cosmic bits burn up in our atmosphere and result in the annual Eta Aquarid meteor shower,“ NASA said.

While other meteor showers, such as December’s Geminids, bring many more meteors per hour, the Eta Aquarids will be one of the few showers this year that falls during the new moon.

Meteor showers are best viewed during a new moon due to the low amount of natural light pollution. This makes it easier to see dimmer meteors that would not be able to be seen during a bright full moon.

“Eta Aquarid meteors are known for their speed. These meteors are fast—traveling at about 148,000 mph (66 km/s) into Earth’s atmosphere. Fast meteors can leave glowing “trains” (incandescent bits of debris in the wake of the meteor) which last for several seconds to minutes,” NASA said.

The first total solar eclipse since 2017’s Great American Eclipse will take place this July, causing day to turn to night across part of South America.

Most of the eclipse will take place over the unoccupied waters of the Pacific Ocean; however, it will be visible across a sliver of Chile and Argentina.

In this small area, called the path of totality, the moon will completely block out the sun. The rest of South America can expect a partial solar eclipse.

The next total solar eclipse will not happen until Dec. 14, 2020, but will also be visible in parts of Chile and Argentina.

Every year, stargazers mark the Perseid meteor shower on their calendars, which peaks this year on the night of Aug. 12 into the early morning of Aug. 13.

“The Perseid meteor shower is often considered to be one of the best meteor showers of the year due to its high rates and pleasant late-summer temperatures,” NASA said.

This year won’t be the best showing for the Perseids as it falls right before the full moon; however, meteors associated with the Perseids are usually brighter than meteors from other meteor showers. This means that even with the light of the nearly full moon, onlookers should still be able to see plenty of shooting stars.

“You don’t need any special equipment to view the Perseids – just your eyes (note that telescopes or binoculars are not recommended),“ NASA said.

Nov. 11: Mercury to track across the face of the Sun

A rare planetary alignment will take place on Nov. 11 and will be visible across much of the world, but only to those with the proper equipment.

Mercury is typically a difficult planet to find in the sky due to its close proximity to the sun, but in November, it will pass directly between the Earth and the Sun, appearing as a small black dot on the Sun’s surface.

It is extremely important that people use a solar filter to look at the Sun to see this transit, as looking at the Sun without proper protection can cause permanent eye damage.

People with solar filter glasses leftover from the Great American Eclipse in 2017 can use them to see this rare event, but only if they have not been damaged.

“If the filters aren’t scratched, punctured, or torn, you may reuse them indefinitely. Some glasses/viewers are printed with warnings stating that you shouldn’t look through them for more than 3 minutes at a time and that you should discard them if they are more than three years old. Such warnings are outdated and do not apply to eclipse viewers compliant with the ISO 12312-2 standard adopted in 2015,” NASA said.

Anyone without a pair of solar filter glasses can order them online from a list of reputable vendors and should order them weeks or months ahead of time, as they may be difficult to purchase as the event approaches.