Among most peoples, the serpent plays an extraordinarily important and extremely diverse role as a symbolic animal. The primary characteristics that gave the serpent its symbolic significance were the special place it occupies in the animal kingdom, its cold, slick and shiny exterior, its poisonous bite and its venom that can be used for medicinal purposes, as well as its periodic shedding of its skin.

It is frequently encountered as a chthonic being, as an adversary of man (but also as an apotropaic animal), as a protector of sacred precincts or of the underworld, as an animal having the soul of a human, as a sexual symbol (masculine because of its phallic shape, feminine because of its engulfing belly), and (because of its shedding) as a symbol of constant power of renewal.

But the symbolic significance of the serpent goes much further back than the Bible that Westerners know today. Suffice it say that of all the animals revered in ancient human societies, none were as prominent or as important as the snake. The snake was the logo of a group which had become very influential in early human societies of both Hemispheres. In fact, it is perhaps the oldest secret society on planet Earth spanning back 100’s of thousands of years. 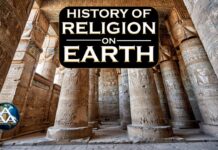 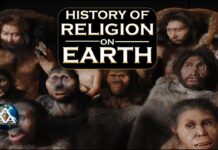 July 28, 2017
by Eric Mack Astronomers first spotted an asteroid about as long as a 737 passenger jet on Sunday and analyzed its path to determine...