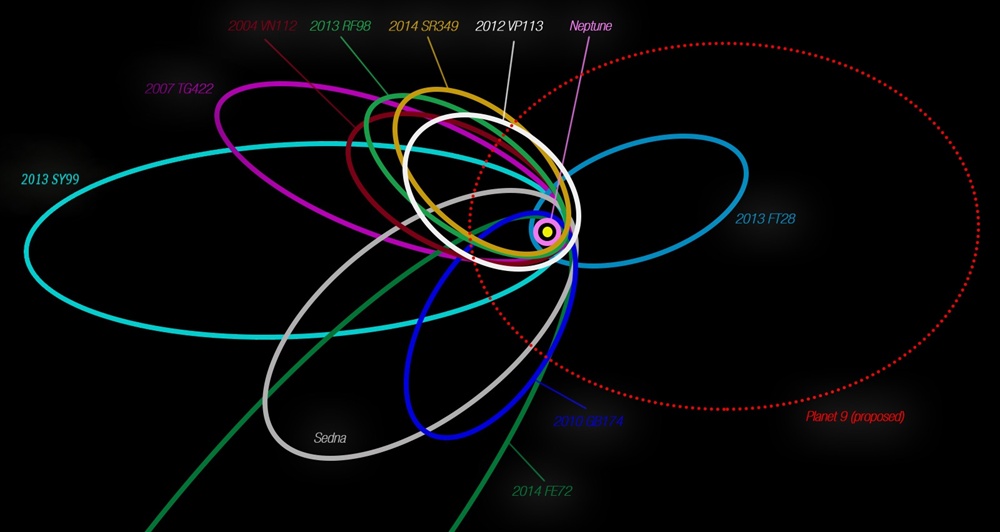 New observations of a distant exoplanet and its solar system offer proof of a long-standing astronomical theory: passing stars can perturb planetary systems and change planets’ orbits – for better or worse. Depending on how they pass by, stars can nudge planets into more stable orbits or give them a kick that sends out of the system entirely. And new evidence implies that these kinds of encounters may explain the paths of strange objects in our own solar system, like Omuamua or Planet Nine. 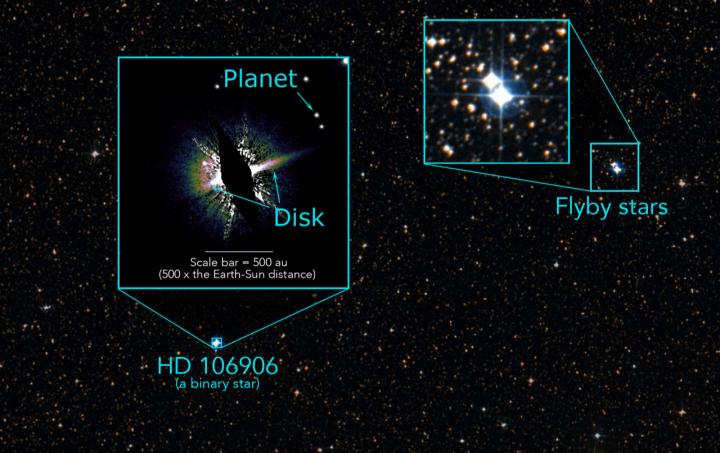 Astronomers Paul Kalas and Robert De Rosa used observations by the Gaia spacecraft, which is currently mapping a billion stars, to study how a stellar flyby might have affected an exoplanet system 300 light-years from Earth named HD 106906. This system has a pair of stars at its center, with a massive planet 11 times the size of Jupiter orbiting around them. And the planet’s orbit is suspicious: it’s highly eccentric, meaning it zooms close to the stars sometimes, and then swings out to more than 700 times the distance between the sun and Earth. When scientists spotted this weird world, they were skeptical it could have formed in such an odd orbit.

So how did it get there?

In research published last week in the Astronomical Journal, the team suggests that the planet actually formed on a closer, more circular orbit. That’s how most planets form around their stars. But over time, repeated kicks from its pair of host stars could have pumped up its eccentricity. Enough encounters, and the planet might have been thrown out of its system entirely. That’s how astronomers think objects like the alien asteroid Oumuamua are created, having experienced such kicks after repeated encounters with a large planet.

But this exoplanet wasn’t completely cast out. Instead, something stabilized its orbit, nudging the planet just far enough from its parent star to avoid ejection. Kalas and De Rosa looked at 461 stars near the system, and found just one star – or rather two, in another binary pair – that might have passed close enough.

These stars definitely passed near the system 2 to 3 million years ago. And something stopped the planet from continuing to careen away from its home, but left it on its bizarre, far-out orbit. 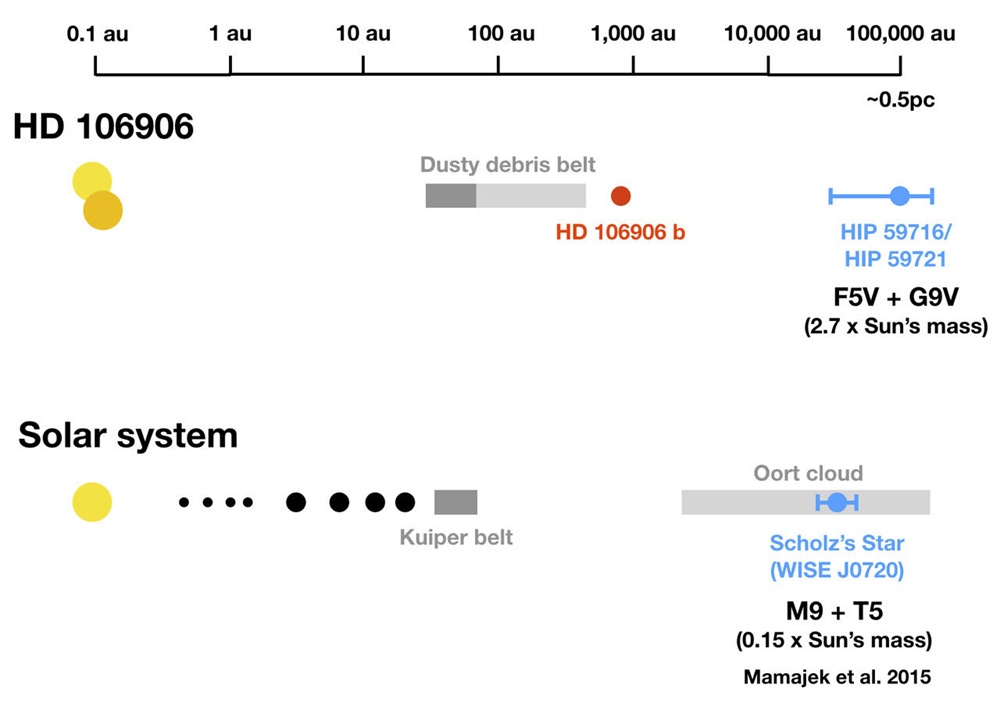 Kalas said something similar probably happened in our own solar system. Take Planet Nine. “If it exists,” says Kalas, “it’s a distant planet that never approaches close to the rest of our planetary system.” But astronomers think most planets form much closer to their stars, meaning some force had to push it so far out. “Jupiter can send things to great distances,” Kalas says. “But those objects come back to where they started and interact with Jupiter again. If you do it 10 to 100 times, Jupiter will eventually kick it out to interstellar space. Planet Nine is still connected to our sun. The only way to detach it from repeated encounters with Jupiter is for some external force to give it an extra kick to move it farther away from the sun.” That kick would need to come from another massive object – like a passing star. And astronomers have even found evidence of stars that passed through the outer edge of our system, like Scholz’s star, which swung by about 70,000 years ago.Scientists haven’t yet found the star that kicked Planet Nine – especially because they’re still not entirely sure if the planet exists, or where it is. But Kalas points out that with his research, they now have proof that these stars do influence the systems they brush past. 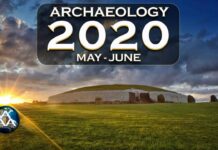