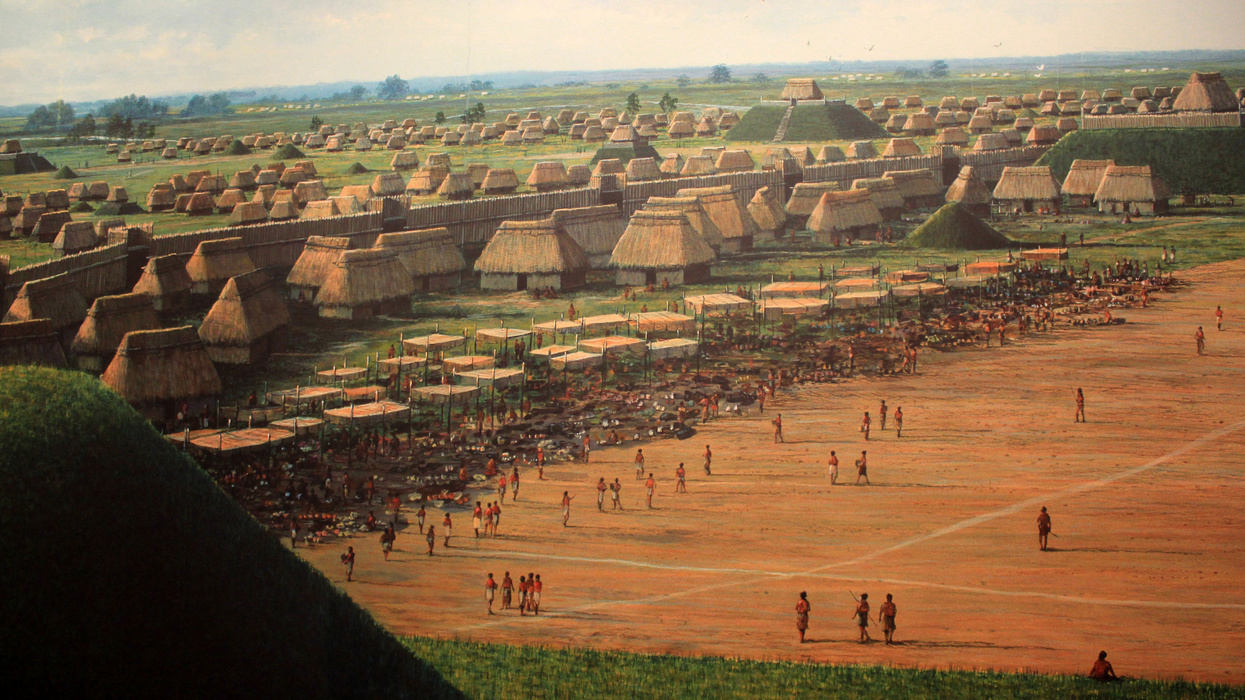 Mesopotamia had Ur, a wealthy city from 2100 BCE and a towering ziggurat. Egypt had Memphis and Alexandria, with their great pyramids and library, respectively. The Toltecs or Totonacs, who resided in modern-day Mexico, had Teotihuacan, which hosted over 125,000 people in its monolithic architecture.

Ancient cities seem to have sprung up all over the world, each of which must have been magnificent sights in their day. But it seems like a handful of these cities hog all the limelight. Though Teotihuacan may be known, for instance, few are familiar with North America’s other great ancient city, Cahokia. 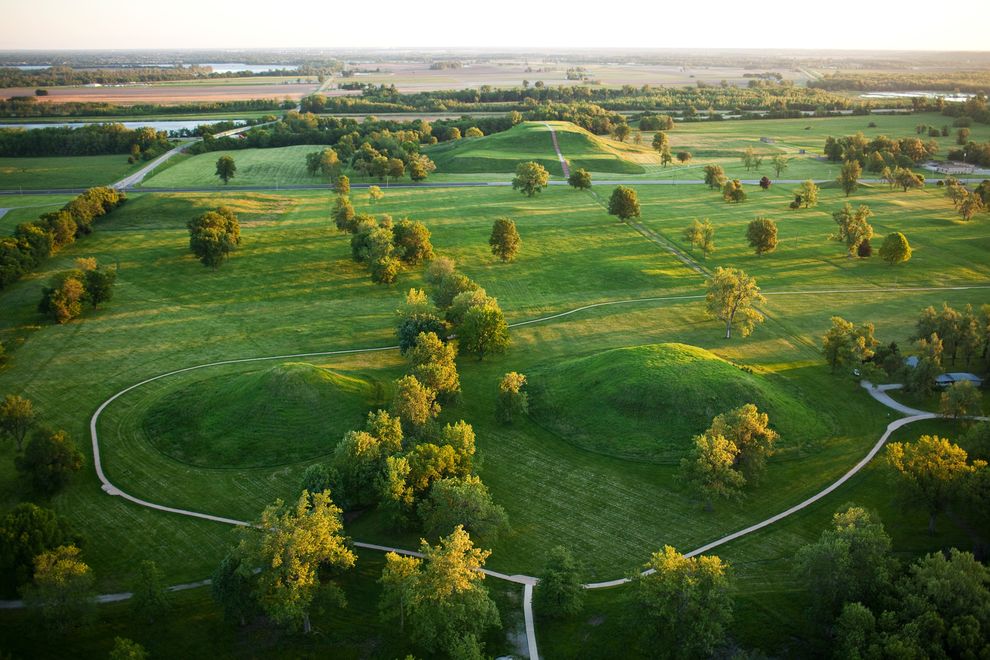 About 10 miles east of St. Louis, Missouri, 80 mounds of earth dot 2,200 acres of land, the largest of which covers 13.8 acres and rises 100 feet high. These 80 mounds are the remainders of 120 mounds built 1,000 years before Columbus reached North America by a forgotten people called the Mississippians, named after the great river they lived near. All told, the mounds would have required the excavation of about 55 million cubic feet of earth.

The Mississippian civilization is poorly understood; they had no writing system, and by the time Europeans bothered to seriously document their culture, they had been scattered, wiped out by European diseases they had no immunities to.

Instead, much of our understanding of the Mississippians has come from archaeology, and the city of Cahokia represents the greatest trove of archaeological evidence. The city was named after the Cahokia tribe that lived in the area when the French first arrived, though they were not its original inhabitants. In fact, by that time in the 17th century, Cahokia was abandoned.

Though the Mississippians had no writing system, Cahokia was clearly the product of some kind of centralized planning. Its many great mounds are a testament to that, as well as the 50-acre leveled plain of the city named the Grand Plaza; the remains of a copper workshop; a palisade that surrounded its central, ceremonial district; and large henges made of wood.

When Cahokia was at its greatest between 1050 and 1200 CE, it hosted an estimated 40,000 Mississippians, more than the city of London at the time. The bulk of these people flocked to the city between 1050 and 1100, where they built homes, established the Grand Plaza, and built more mounds that raised important buildings over the thousands of other homes in Cahokia.

We can glean some other features of Cahokian life from the fragments they left behind. We’ve found carved discs throughout Cahokia that were used in a game called “chunkey” that was played on the large flat field of the Grand Plaza. Participants rolled the chunkey stone across the field and threw spears toward where they thought the stone would come to rest. Huge audiences watched chunkey players, and players often gambled on the outcome.

But life in Cahokia wasn’t entirely fun and games. There is also evidence that the Cahokians engaged in human sacrifice. At one mound in particular, dubbed Mound 72, researchers found the remains of 272 people. In one instance of sacrifice, 39 people were lined up in front of a pit and clubbed one by one, falling into a mass grave. Two dozen different mass graves populate Mound 72, all of which contain the remains of people who had been strangled, clubbed, and even buried alive.

But there’s also a more reverent grave at Mound 72: a man buried on 20,000 beads made from seashells, which were status symbols and luxury items in Mississippian culture. These beads were arranged in the shape of a falcon. The falcon was an important symbol in Mississippian culture, typically associated with great warriors and chunkey players.

By the time Columbus and other Europeans arrived in America, Cahokia was abandoned and had been since approximately 1300. What drove the Mississippians away from the vast city is unclear. It’s possible there had been some kind of conflict with another people — the palisade that encircled part of the city speaks to that.

Or, it could be that the unique density of Cahokia led to its downfall. Few other places in North America had tens of thousands of humans living in close proximity with one another. It could be that disease wiped out the Cahokians or that the area was overhunted, overfished, and overfarmed. Some evidence also suggests that the area was severely flooded twice: once between 1100 and 1260 and again between 1340 and 1460. Possibly a combination of these factors led the mound-builders to abandon Cahokia.

Today, Cahokia is preserved as a historic site that anyone can visit. However, Cahokia only gained its protective status in the 1960s. Prior to that, it was the site of heavy development — some of its mounds had been leveled for farming, airfields, housing, and highways. Fortunately, much of the site still remains, and it represents one of the few ancient cities left to visit in North America.

July 8, 2017
By Heather BradyArchaeologists have discovered a secret tunnel under a famous and massive pyramid in the ancient city of Teotihuacán, northeast of Mexico City.The...