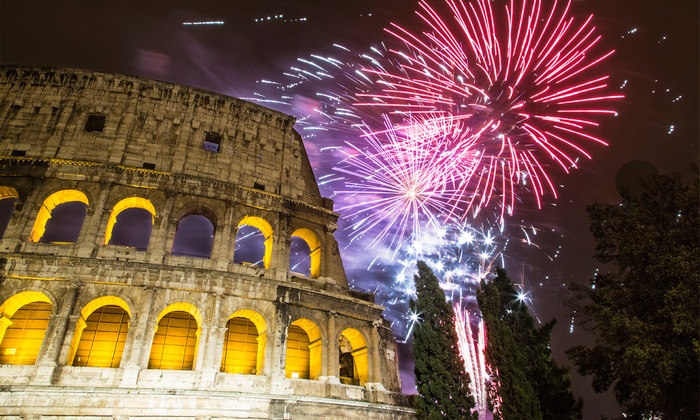 Contrary to what some may believe, celebrating the advent of the New Year on January 1st amidst the cold bleakness of winter is actually among the most universal pagan traditions. The custom of marking the beginning of the New Year is at least 4,000 years old and has its roots in ancient Babylon in Mesopotamia.

Mesopotamians worshipped the sun at least 2,000 years before the birth of Christ. These pagan customs were passed on to ancient Greece directly from the ancient Mesopotamian city of Babylon.

Before this contact, ancient Greeks were not known to celebrate the New Year other than marking the “sickle of the new moon” upon recognizing the visible new moon as the beginning of each new month. They practiced this custom in honor of Selene, Apollon Noumenios, Hestia and the other household gods, also known as noumenia.

However, an epigraph discovered in Athens tells of a religious ceremony which took place at the beginning of the New Year, or actually on the last day of the outgoing year.

The celebration was in fact a sacrifice made by just the  outgoing officials of the city, which they would offer to “Zeus the Savior” and “Athena the Savior”. This was done to ensure the blessings and favor of the two gods for the coming new year.

The Roman emperor did this in 46 B.C. upon his epochal decision to adopt the Julian calendar.

The popularity of the orgiastic celebration of Saturnalia spread to all corners of the Roman Empire and continued to integrate, with local alterations, into the existing customs of all peoples within the Empire’s boundaries, including those of ancient Greece.

It was Julius Caesar and Sosigenes of Alexandria, an astronomer whom Caesar consulted for the design of the Julian calendar, who are responsible for bringing the count of the days of the year into conformity with the course of the sun.

All in all, the sequence, duration and names of the months we still use today are in great part a result of the perception and insight of the great Roman politician and strategist.

In classical Greece, every city-state used its own calendar, with different names of the months, beginnings of the year, and intercalations, or insertions of extra time periods. However, most of the calendars shared some common features.

The Greeks used lunisolar calendars with years of 12 or 13 months and 354 days. A month could be considered “hollow” or “full,” having either 29 or 30 days respectively. Periodically an extra month had to be inserted, or intercalated, to keep the calendar in line with the circuit of the seasons.

In the most well-known and historically-substantiated Athenian calendar, the civil calendar, (there were other two calendars as well), the intercalated month came after the annual month named Poseidon. It was known as “Second Poseidon”. Some months were named after the festivals celebrated during the months, for example:

The Greek year in those times began on the first sighting of the crescent moon after the first new moon following the summer solstice. Intercalation followed no fixed pattern, although several cycles were known to be used in Greece.