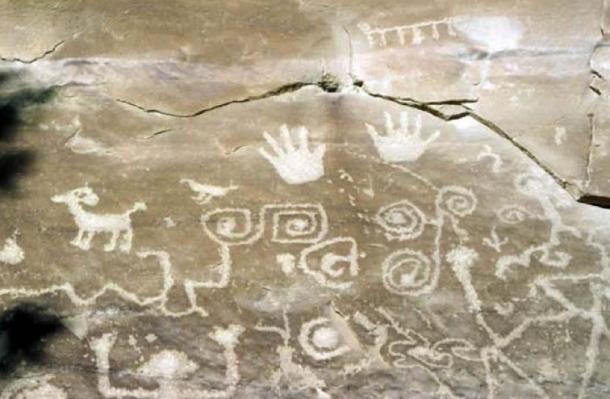 I am sometimes asked, “How can we help the Hopi People?” Having lived with the Hopi for a number of years, I can assure you that they do not need our help. They have been trying to help us, all of mankind, from the beginning of time.

As a former manager for the Hopi Cultural Center in Second Mesa, Arizona, USA, I have always been amazed at how eager a true Hopi is willing to fast, pray, and devote his time to the well being of all races of man, no matter how terrible the Hopi have been treated.

I am sure that if the Hopi land was fertile, with running water, oil, or minerals, they would have been wiped off the face of the earth many years ago. The Guardian, Masaw who told them to settle in this location knew what he was doing. The struggle to live in this high desert area runs hard and deep in every Hopi, but still, they go forward. They could have chosen any location to settle.

If I had one wish, it would be that things could go back to the way they were before the Hopi children were taken from their parents and forced to go to public schools. I know this is very unrealistic and many of the progressive, modern Hopi lawyers, teachers, and government workers would argue this point. But I feel the old Hopi way was the perfect educational system. No child was ever left behind. Besides the childʼs real parents, they had clan relatives, aunts and uncles, Kachina guardians, and the village to fall back on. Each child was taught that it was his or herʼs responsibility to take care of the elderly, the young, the village and the fields. There were many avenues of love, training, and understanding for each child. All doors were open. Art, history, astronomy, music, religion, farming, and respect for Mother Earth; a masters class for life for each child, a complete way of living.

Yet Something is Missing

There is one item that the Hopi seek. The missing corner of the Fire Clan Tablet. 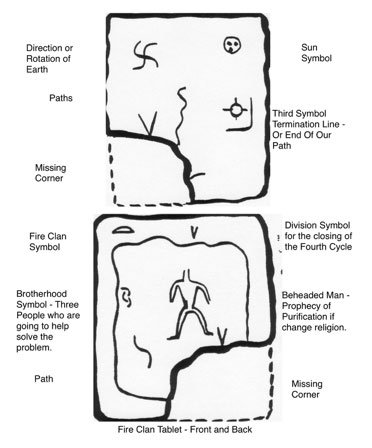 In legend, Masaw guided the Hopi across a large ocean, always traveling east, after a great flood that covered the Earth.  He gave the Hopi a small stone tablet that gave the Hopi permission to occupy this land and in doing so, proved that he existed. It is said that before he gave the stone tablet to them, he broke off the bottom left corner and told them he was going to take the corner back with him across the ocean and that someday in the future their ‘true brother’ would return with the missing corner and prove their creation story.

Read More: Help Find the Missing Corner of the Hopi Tablet To Prove Their Creation Story: Seeking Answers in the Chapel of the Tablet, Africa