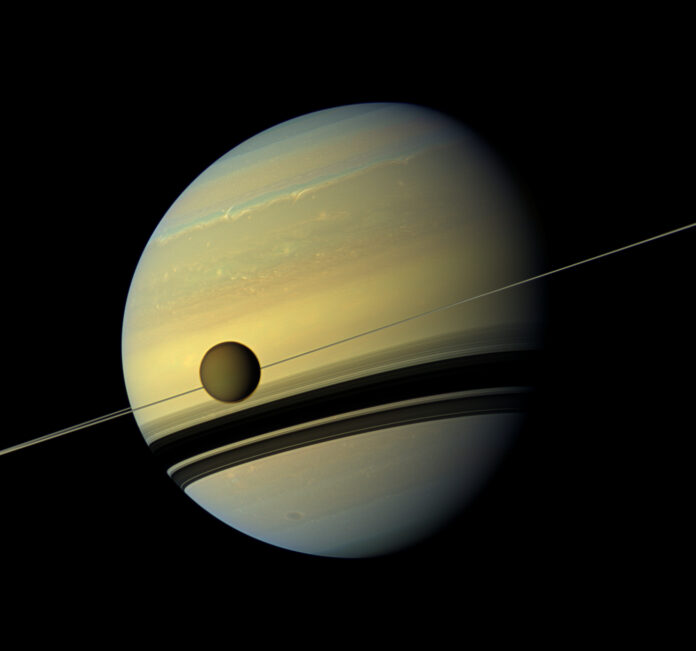 An important molecule that can produce life and organic material has been found elsewhere in our solar system.

Scientists have been shocked to find that the Cassini spacecraft spotted the chemicals, central to prebiotic chemistry, on Saturn’s moon Titan. And it could mean that we are getting an up-close view of the very beginnings of life.

Cassini is conducting the grand finale before it plunges to its death, which will see it plunge into the surface of Saturn and destroy itself, ensuring that it can’t spread life around our solar system. But before then, it’s doing some of the most important work it has done – flying close to Saturn and its moons and studying them.

It found in one of those flyovers that Titan appears to host carbon chain anions. Those are the building blocks of more complex molecules, and could have served as the beginning of life on Earth.

As well as lifting hopes for the chances of finding life in our own solar system and elsewhere, the discovery is re-shaping scientists’ understanding of the mysterious moon. They didn’t expect to find the molecules there at all – usually, because negatively charged carbon chain anions are so reactive, they don’t last long in the atmosphere.

Spacecraft sends back stunning images before crash into Saturn 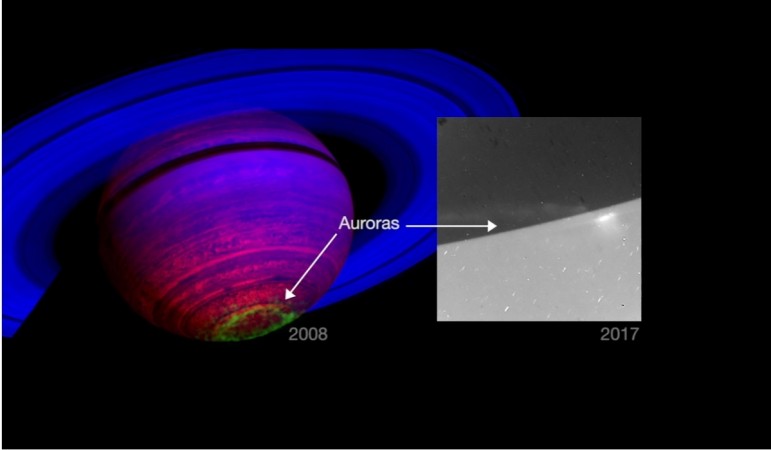 The chemicals are very basic, and are from suggesting life in themselves. But they suggest that Titan might be far more developed – and better at hosting life – than we had ever realised before.

They also mean that other atmospheres that are like Titan’s could be capable of hosting their own life.

“We have made the first unambiguous identification of carbon chain anions in a planet-like atmosphere, which we believe are a vital stepping-stone in the production line of growing bigger, and more complex organic molecules, such as the moon’s large haze particles,” said Ravi Desai, study lead author and PhD student at UCL.

“This is a known process in the interstellar medium – the large molecular clouds from which stars themselves form – but now we’ve seen it in a completely different environment, meaning it could represent a universal process for producing complex organic molecules. The question is, could it also be happening at other nitrogen-methane atmospheres like at Pluto or Triton, or at exoplanets with similar properties?”

Triton is very similar to what we think our own Earth was like in its early stages. As such, it could be an important way of watching how life might have developed on our own planet.

“The prospect of a universal pathway towards the ingredients for life has implications for what we should look for in the search for life in the Universe,” said co-author Professor Andrew Coates, also from UCL and co-investigator of CAPS, the Cassini project that found the chemicals. “Titan presents a local example of exciting and exotic chemistry, from which we have much to learn.”

If we can do that we could find the very beginnings of life in the universe.

“These inspiring results from Cassini show the importance of tracing the journey from small to large chemical species in order to understand how complex organic molecules are produced in an early Earth-like atmosphere,” added Dr Nicolas Altobelli, ESA’s Cassini project scientist. “While we haven’t detected life itself, finding complex organics not just at Titan, but also in comets and throughout the interstellar medium, we are certainly coming close to finding its precursors.”

October 16, 2017
By John TolleyYou’re walking down a white stucco road, a sacbe, approaching a marvelous city. As you near, you hear the sound of drumbeats;...