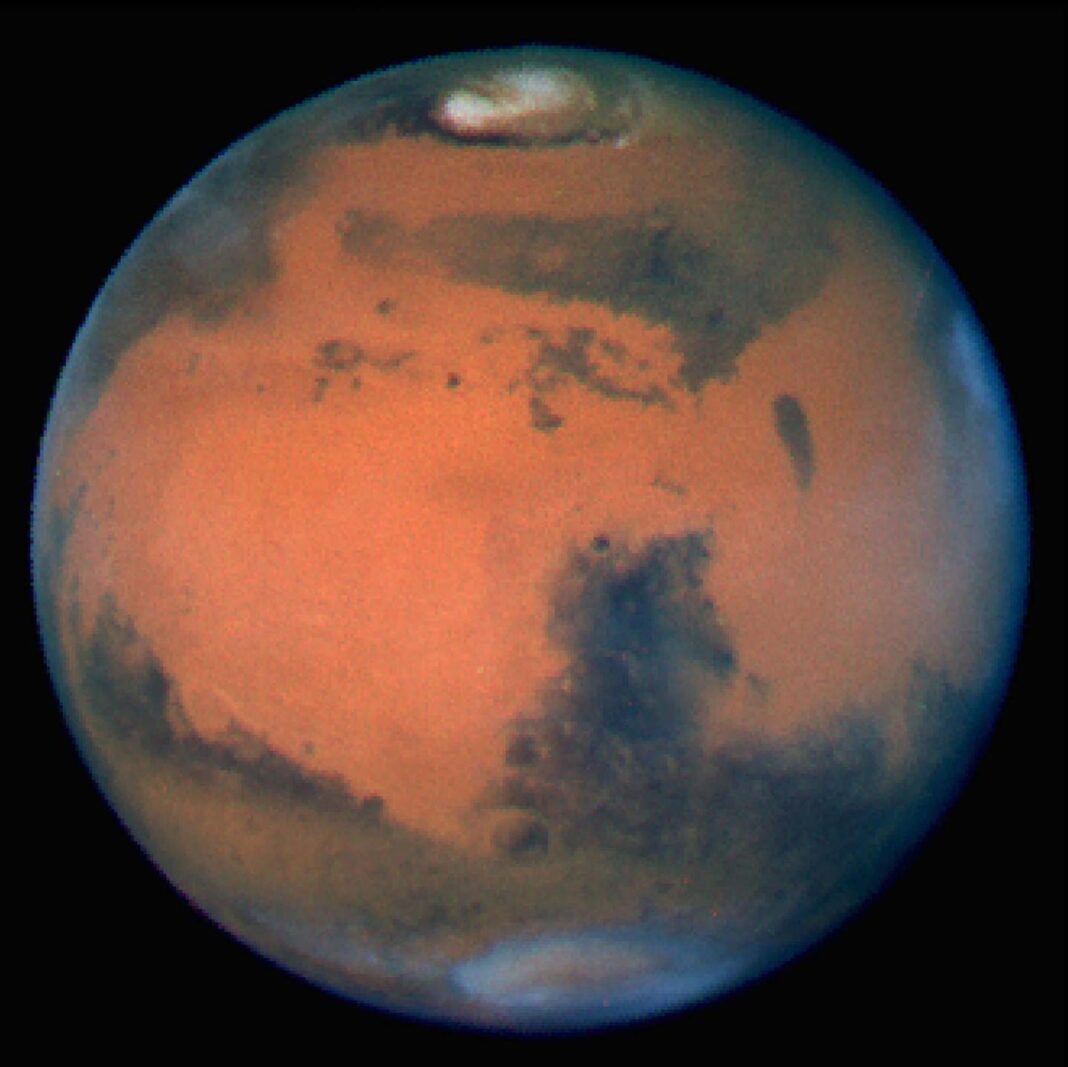 Recent images and other compelling evidence that water once flowed on Mars have generated hope of finding microbial life there. That hope has been dealt a blow by a new study showing the soil surface is toxic to bacteria.

Astrobiologists—researchers who search for microbial life elsewhere in the universe—have known for some time that the surface of Mars contains perchlorates, or salt minerals. The compounds are stable at room temperature but become activated at high heat. On Earth, perchlorate is used to produce rocket fuel and fireworks. The Atacama desert, in Chile, contains naturally occurring perchlorate, which has been mined for use in nitrate-based fertilizers.

Perchlorate was initially discovered in the Martian soil in 2008, from samples collected by the Phoenix Mars Lander and analyzed on board the craft. The chemical can lower the freezing point of water substantially. At the time, researchers concluded that perchlorate could remain stable in the Martian soil in liquid form for several hours each summer day.

But the new study, conducted by Jennifer Wadsworth and Charles Cockell, both astrobiologists at the University of Edinburgh, found that perchlorate can also be activated by ultraviolet (UV) light, without heat. Those conditions reflect the Martian surface. And bacteria exposed to UV-activated perchlorate were killed within minutes.

In their study, published in Nature Scientific Reports, the researchers irradiated a bacteria called Bacillus subtilis in the presence of perchlorate at concentrations found on the Martian surface. The amount of UV light mimicked what Mars is subjected to.

After 30 seconds, “cell viability was completely lost,” the authors write. Cells exposed to perchlorate but not UV radiation remained viable for up to an hour. The researchers repeated the experiment under several Mars-analagous conditions, such as a rocky environment, and found the same results: Bacteria exposed to perchlorate and UV radiation were killed almost instantly.

The effect was milder when perchlorate concentrations were reduced, indicating that conditions with lower amounts of the compound may not wipe out bacteria so completely. But any region of Mars environment that concentrates perchlorates, the researchers write, “will produce uninhabitable environments.” The evidence of water may not be reason to hope for finding life on Mars. “The mere presence of liquid water seeps, thought to be good locations to search for life, does not imply environments fit for life,” the study notes.

That leaves the search for life narrowed to deep below the Martian surface. “If we want to find life on Mars, we have to take this into consideration and look at trying to find subsurface life that wouldn’t be exposed to these conditions,” Wadsworth told AFP. And that search is going to require a very strong drill. In the meantime, everyone packing their bags may want to rethink their plans.